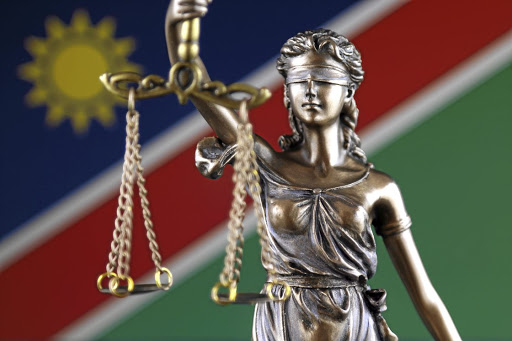 Street protests that led to the arrest of 25 women's rights activists in Namibia at the weekend have prompted the government to launch an urgent review to consider their demands for tougher penalties for rape and sexual abuse.

Hundreds of protesters took to the streets of Windhoek, the city of Walvis Bay and a town north of the capital, Otjiwarongo, after police said they believed they had found the remains of a 20-year-old woman who went missing earlier this year.

Police detained 25 demonstrators, including two journalists, on Saturday for violating the country's coronavirus lockdown curbs, but the charges were dropped on Monday.

"We have been working around the clock to review the demands and assess the key areas that we intend to respond to, including enhancing the policy, legal and institutional safeguards," Kuugongelwa-Amadhila said.

Women's rights campaigners in the southern African nation hailed the weekend protest, with many taking to social media to express solidarity with the men and women who were detained.

"This (protest) is long overdue. Women will no longer be silenced and I am happy young women are at the forefront," veteran women's rights activist Rosa Namises told the Thomson Reuters Foundation in a phone interview.

Video footage showing the protesters being pushed into police vans received online support under the hashtag #ShutItAllDownNamibia, referring to a call by the protesters for a state of emergency to tackle violence against women.

"I stand in feminist solidarity with Namibians taking to the streets... our struggles have always been connected, I share your rage," one of South Africa's leading academics on rape, Pumla Dineo Gqola, said in a video statement on Twitter.

Namibian police said the force had taken a tolerant line towards the protesters, despite their action being unlawful.

"We urge the public to desist from conducting unlawful acts, such as the current protests... They should always follow the lawful procedures in expressing their grievances," a police statement said.

According to the United Nations Office on Drugs and Crime (UNODC), 1 in 4 Namibian women are survivors of intimate partner violence.

Police inspector Hendrik Marthinus Olivier of the Gender Based Violence Protection Unit in Windhoek told the Thomson Reuters Foundation earlier this year that they receive 300 to 400 domestic violence cases per month.

The Namibian government is warning its citizens not to trust claims on social media that elephant dung can cure Covid-19, as coronavirus infections ...
News
1 year ago

One of the seven border crossings between SA and Namibia was closed by immigration officers on Wednesday, allegedly in protest at a lack of water
News
2 years ago
Next Article