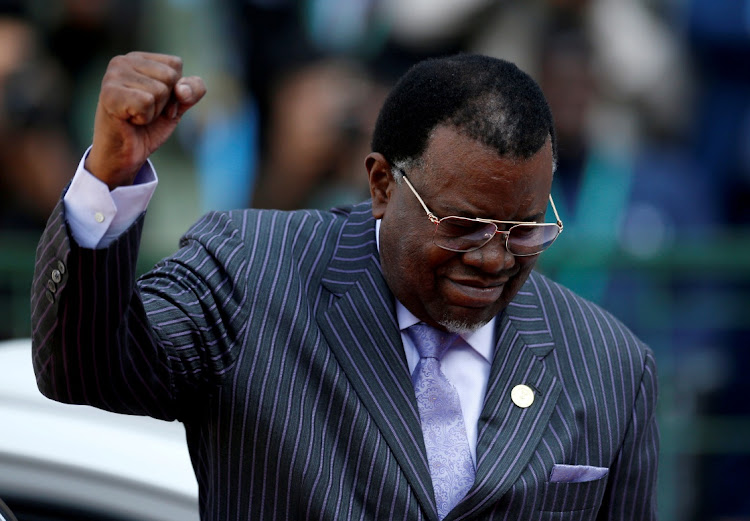 Namibian President Hage Geingob said on Thursday that the southwestern African country must take care in its efforts to reverse the legacy of racist white minority rule, so as not to be seen as grabbing wealth.

Speaking at a virtual session at an event organised by international organisation Horasis, Geingob said Namibia's status as an upper middle income country belied the fact that some 80% of its population, mostly Black, was living in poverty, while whites who make up less than 5% of Namibia's 2.4 million people were wealthy.

"We are proud to be an upper middle income country ... But that is forgetting that we are coming from an apartheid background where Blacks were left out," he said.

Namibia, an ex-German colony, was run by South Africa during the time that the latter was controlled by the white minority apartheid regime. It only achieved independence in 1990.

"Distribution is an issue, but how do we do it?" Geingob said.

"We have a racial issue here, a historical racial divide. Now you say we must grab from the whites and give it to the Blacks, it's not going to work. That is not our purpose here."

He did not give further details, but the 79-year-old leader in the past drafted a policy that Namibia would make it mandatory for white-owned businesses to sell a 25% stake to Blacks, only for the country to later rescind it as unworkable.

A similar policy worked in South Africa, but in its neighbour Zimbabwe, expropriation of white-owned land by the government two decades ago triggered an economic crisis.

The country's economy, which heavily relies on diamond mining and tourism, is set to contract by a record 11.1% this year according to the statistics office, owing to the fallout from the Covid-19 pandemic this year and a brutal drought last year.

Geingob said he hoped to revive the economy with investments in wind and solar energy, as well as fisheries.

An environmental lobby group has taken the Zimbabwean government and its Chinese partner to court in a bid to stop a joint coal mining operation at ...
News
1 year ago

Namibia is struggling to contain the second outbreak this year of the African migratory red locust, which has destroyed 500 hectares of grazing ...
News
1 year ago
Next Article