What Africa is doing to fight coronavirus 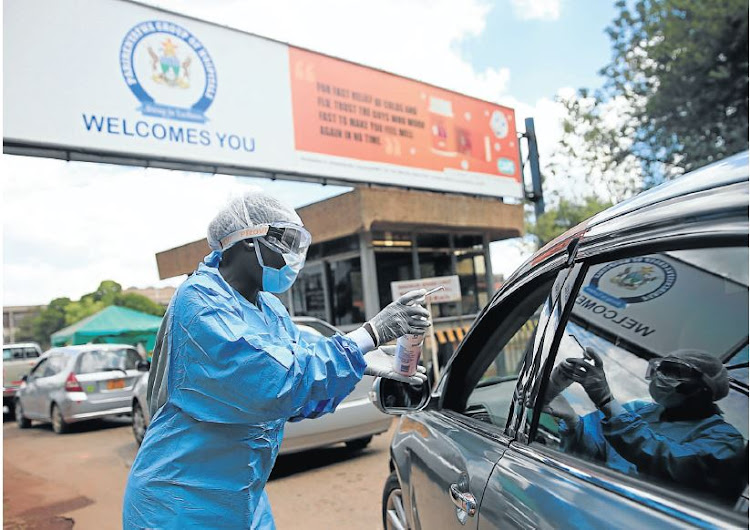 A healthworker screens visitors and sanitises their hands to prevent the spread of the coronavirus that causes the disease Covid-19, outside a hospital in Harare.
Image: Philimon Bulawayo/Reuters

On Wednesday, the continent was approaching a million infections and around 21,000 deaths, according to a Reuters tally. Here are measures some countries are taking to curb the virus.

With more cases than any other country on the continent, South Africa imposed a strict lockdown on March 27, closing borders and requiring most people to stay at home except for essential trips. The government also banned the sale of alcohol and cigarettes.

The government in May allowed the re-opening of many sectors to try to revive the economy. The move was followed by a sharp increase in confirmed cases, with infections rising at one of the fastest rates in the world.

President Cyril Ramaphosa in July re-imposed a curfew and a ban on alcohol sales, both of which are still in effect. He also announced that public schools would again close, this time for four weeks. Classes are due to resume on Aug. 24.

Africa's most populous country imposed lockdowns lasting around five weeks in its main cities, Lagos and Abuja, before easing restrictions in early May. A lockdown lasting a few weeks was later imposed in the northern commercial hub of Kano state after a suspected outbreak.

In July, a ban on interstate travel was lifted and domestic flights resumed. A date has yet to be announced for the resumption of international flights. Schools were shut in March but were set to reopen for students sitting graduation exams from Aug. 4. The wearing of masks in public is mandatory.

It is mandatory to wear a mask in the East African country. Those who fail to do so face arrest.

People must wash their hands at bus stops and in restaurants, banks and shops. Schools, universities and bars are closed nationwide.

Only cargo flights have been permitted since March, but commercial flights were set to resume on Aug. 1.

Tanzania confirmed its first COVID-19 case on March 16, but has not publicly updated its coronavirus numbers since May 8.

The government eased restrictions in May due to what it said was a reduction in cases. It opened schools and colleges and allowed sporting events and gatherings, despite doctors and diplomats saying the outbreak was far from contained.

SA's front-line health-care workers are dying as they help save thousands of lives during the Covid-19 pandemic.
News
1 year ago

Burkina Faso imposed restrictions after recording its first cases on March 9. But Islamist militants and local militias operate across vast swathes of the country, making it hard for authorities to enforce curbs and assess the spread of the virus.

The government lifted the restrictions in April, a few weeks after they were introduced, allowing markets, schools and businesses to resume.

Ethiopia did not ban international passenger flights. Arriving passengers are quarantined unless they produce a negative COVID-19 test certificate no more than five days old.

The government has closed schools nationwide. It has ordered buses, trains, taxis and private cars to carry fewer passengers. It is mandatory to wear masks in public.

Zimbabwe has imposed a dusk-to-dawn curfew and increased joint military and police checkpoints.

Business hours are restricted to 8 a.m. to 3 p.m. apart from essential services. The government shut most informal markets, banned inter-city travel and grounded taxis. The state bus company is the only authorised form of public transport.

Schools have remained shut since March.