Impoverished Burundi, battered by violence and Covid-19, gears up for elections 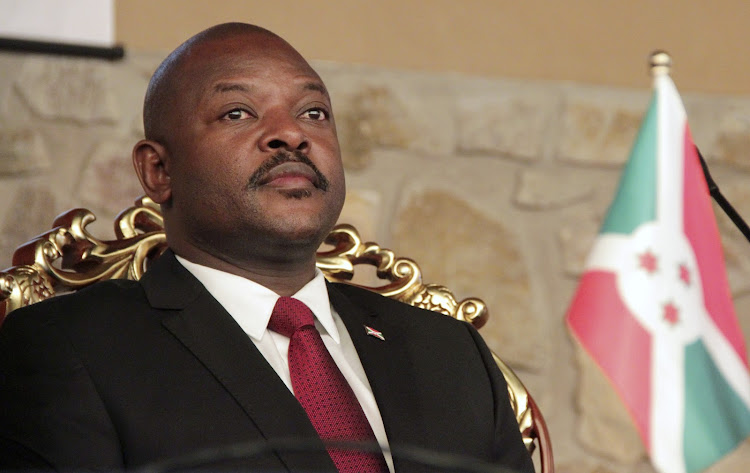 Burundi will have its first competitive presidential election since the civil war erupted in 1993, but simmering political violence and fears that campaign rallies could accelerate the spread of the coronavirus have already marred the campaign.

President Pierre Nkurunziza is stepping down, although he intends to remain a prominent force in the impoverished East African nation.

He nominated Evariste Ndayishimiye, a retired army general, as his successor for the ruling CNDD-FDD party. The party is to hold its last rally on Saturday. The election will be held Wednesday.

Six other candidates are running, including opposition leader Agathon Rwasa, deputy chairman of the national assembly and leader of the CNL party.

Rwasa has been able to open offices and hold large rallies around the country, said Nelleke van de Walle of the research organisation International Crisis Group.

"The ruling party and the government is trying to show that this is a legitimate process," she said.

But Burundi said most election observers would have to undergo a 14-day quarantine. Journalists face the constant threat of arrest or attack; many have fled. Some civil society organisations have been closed.

Last year the government shut down the United Nations human rights office after repeated criticism that the youth wing of the ruling party and the security services were torturing, gang-raping and murdering political opponents. Rights groups say those attacks have increased in the run-up to Wednesday's presidential, legislative and municipal elections.

Both Ndayishimiye and Rwasa were senior commanders in predominantly Hutu militias during the country's decade-long civil war that killed around 300,000 people. Nkurunziza came to power in 2005 as part of a peace deal.

The country was plunged into violence again in 2015 after Nkurunziza sought a third term in office, a move his opponents said violated the constitution and terms of the 2005 deal.

Voters who spoke to Reuters were too fearful to give their names. A 45-year-old vegetable seller in the capital, Bujumbura, supported the ruling party because it had provided welfare.

"They give us rice and beans and can build houses for the most vulnerable among us like elders or widows," she said.

But a jobless 32-year-old supported the opposition.

"All of us need change, many Burundians need ... one to end this daily violence, these killings, this rampant corruption and economic embezzlement," he said.

Nkurunziza will remain president until August, and a new constitution has given him sweeping powers to declare a state of emergency if the results are disputed.

This week his government expelled the country representative for the World Health Organisation despite mounting fears that Burundi's election rallies could help spread of the new coronavirus.

The nation of 11 million has reported 27 cases so far but has only carried out about 520 tests in total.

Burundi, the last African country to allow football to continue through the coronavirus pandemic, suspended its league on Monday but made no ...
Sport
2 years ago
Next Article