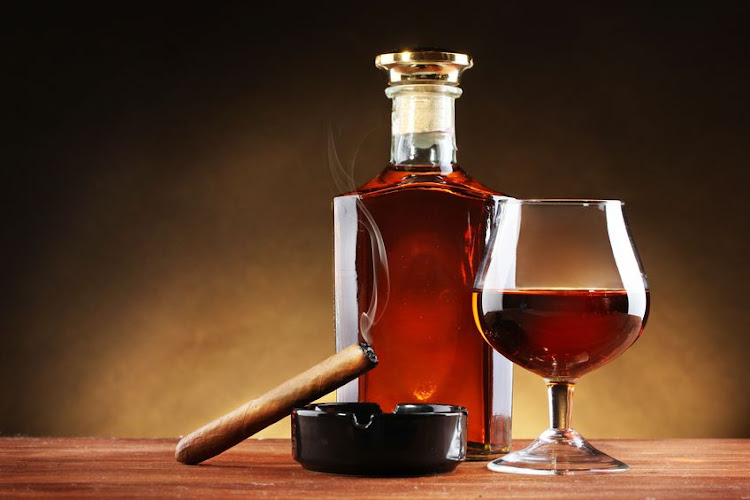 Mike Mbuvi Sonko posted images of Hennessey bottles tucked inside food packages with flour and other staples on social media this week.
Image: belchonock via 123RF

The flamboyant governor of Kenya's capital Nairobi has distributed bottles of cognac to the poor, saying it protects against the new coronavirus, though the drink maker and national government chided him for propagating a myth.

"We are giving some small bottles of Hennessey in the food packs that we are giving to our people," Sonko said in a video, wearing a face mask and shield.

"From the research which has been conducted by the World Health Organization and various health organizations ... alcohol plays a very major role in killing the coronavirus or any sort of virus."

"The consumption of our brand or any other alcoholic beverage does not protect against the virus," its local office said in a statement, urging people to follow guidelines that include frequent washing of hands with soap.

The World Health Organisation said alcohol consumption can increase a person's chances of contracting the coronavirus.
News
1 year ago

If the amount of alocohol people drink can be contained, emergency rooms can be mainly used to fight the Covid-19 pandemic, an expert says.
News
1 year ago

Kenya has 225 confirmed cases of the COVID-19 disease so far and movement has been restricted to slow the spread.

The government and various private entities have been donating staples to the poor, especially those in slums, who are the hardest-hit by the measures.

Government spokesman Cyrus Oguna said there was no science showing alcohol was a protection and cautioned politicians against using the pandemic for publicity.

"We should not politicize this and do these things looking at the forthcoming election," he said.

"This is the life and the health of our people."

To the frustration of scientists and doctors around the world, social media has been awash with unproven, homespun remedies for COVID-19.

Sonko was not immediately available for further comment on the cognac controversy.

He was arrested last December on corruption charges, but denied them and was freed on bail..

Last month, the government took over some city functions, like revenue collection, saying the local authority under Sonko had failed. (Editing by Katharine Houreld and Andrew Cawthorne)