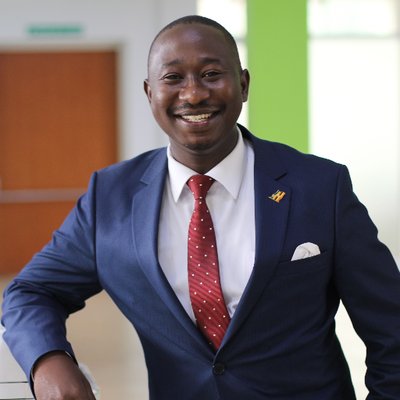 After Solomon Serwanjja won the 2019 Komla Dumor Award, the already popular Ugandan broadcast journalist shot to even more prominence on a global scale.

Serwanjja, who is well known for his explosive BBC Africa Eye investigative documentary Stealing from the Sick and for being a news anchor on Ugandan news channel NBS Television, is now calling for young African journalists to apply for the 2020 award. The Ugandan journalist is currently in SA to encourage African journalists who embody the late journalist Komla Dumor’s potential to throw their hat in the ring.

“He [Komla Dumor] was someone I admired very much. So winning the BBC award was emotional for me…,” said Serwanjja.

Komla Dumor was a prominent African journalist who died suddenly at the age of 41.

As part of his prize Serwanjja spent three months at the BBC where he got to hone his broadcasting skills as well as put his own storytelling to the test.

“It was quite an opportunity to go to the BBC and do what Komla was doing. I mean this was the set that this guy used to do his thing,” he said.

Serwanjja said he learnt a lot during his fellowship, including how to tell a story simply.

Just when you thought she was done, our girl Sho Madjozi keeps proving over and over again that she's a force to be reckoned with
Pic of The Day
1 year ago

The EFF has undertaken to spearhead a social movement to have former president FW de Klerk's Nobel Peace Prize revoked - but is this possible?
News
1 year ago

“I learnt how to cut to the chase; when you’re watching the BBC you think this is very complicated but when I went to the BBC I saw how simply they tell the story,” he said.

"I also worked with celebrated journalists and crew such as cameramen."

Serwanjja said the biggest challenges facing African journalists are a lack of capacity and resources.

“I think we need training.  My experience at the BBC on the Africa Eye project Stealing from the Sick was a key demonstration that we need to be helped,” he said.

Serwanjja said resources is key to producing quality investigative journalism such as his award-winning documentary.

His advice to young journalists who will apply for the award is to start working on the application immediately because of the lengthy process.

“You have three weeks to apply so start today. Read through the terms and conditions and work on your pitch. Let them feel your pitch!” he said.

Director of the award Emily Kasriel, who spoke at the launch, said they are looking for journalists who have been in the vocation for at least three years, who live and work in Africa, speak English and show potential.