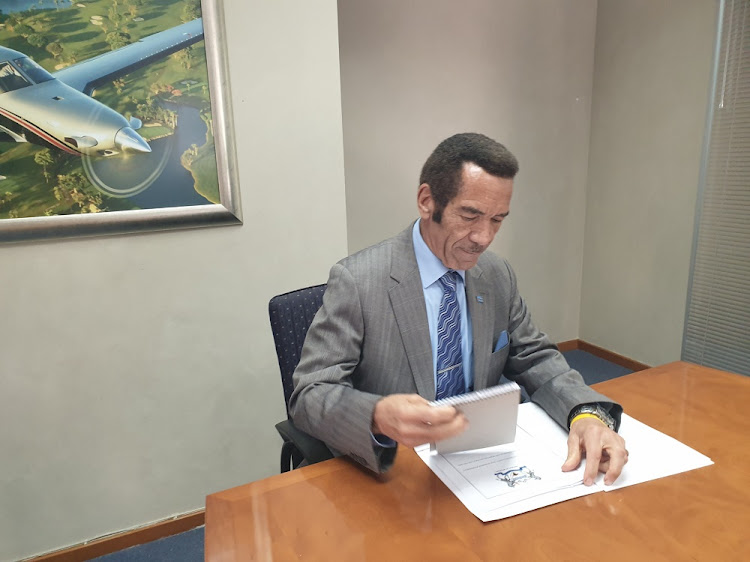 Botswana's Ian Khama addresses a media conference in Johannesburg on December 12 2019. Businesswoman Bridgette Motsepe-Radebe has denied being in cahoots with Khama or of sponsoring terrorism in Botswana.
Image: Belinda Pheto/TimesLIVE

Botswana’s former president Ian Khama has vowed to expose the alleged abuse of power in a case where he and other former senior state officials are accused of embezzling state funds into foreign accounts.

On Thursday morning, Khama addressed a news conference at Lanseria airport, Johannesburg, where he proclaimed his innocence.

Khama said he saw the need to address the media in SA as the issue affected some citizens here.

“I'm here to assure you that your citizens are innocent of those allegations,” Khama said.

In an affidavit filed in October at the high court in Botswana, an investigator employed by the directorate on corruption and economic crime, Jako Hubona, accused Khama and former intelligence chief Isaac Kgosi of instructing the Bank of Botswana to create three special accounts in 2008.

SA businesswoman Bridgette Motsepe-Radebe was accused of being in cahoots with Khama and is accused of being a signatory to the account into which it was alleged that billions of rands were deposited to sponsor terrorism in Botswana.

Motsepe-Radebe denied the allegations and, in November, said three SA banks had confirmed she was not a signatory to bank accounts allegedly set up for illicit money flows to effect regime change in Botswana.

Motsepe-Radebe was drawn into the controversy by claims contained in an affidavit before the courts in the so-called “Butterfly” case against her alleged co-conspirator, former directorate of intelligence and security services agent Welhemina Mphoeng Maswabi.

“It is quite apparent that all of these wild claims about me are part of what has already been exposed as a state-sponsored smear campaign that is being executed by the intelligence operatives of the government of Botswana,” Motsepe-Radebe said in a statement.

Nedbank, Absa and Standard Bank had confirmed, she added, that she was not a signatory to bank accounts identified in the controversy.

Motsepe-Radebe has also denied that she wanted to sponsor terrorism acts in Botswana because she did not support the current president of the country, Mokgweetsi Masisi.

Maswabi is accused of being in control of the accounts to which monies were transferred. Maswabi, whose code name is Butterfly, was arrested and charged for laundering money with Khama. She is on bail and will appear in court again next year. 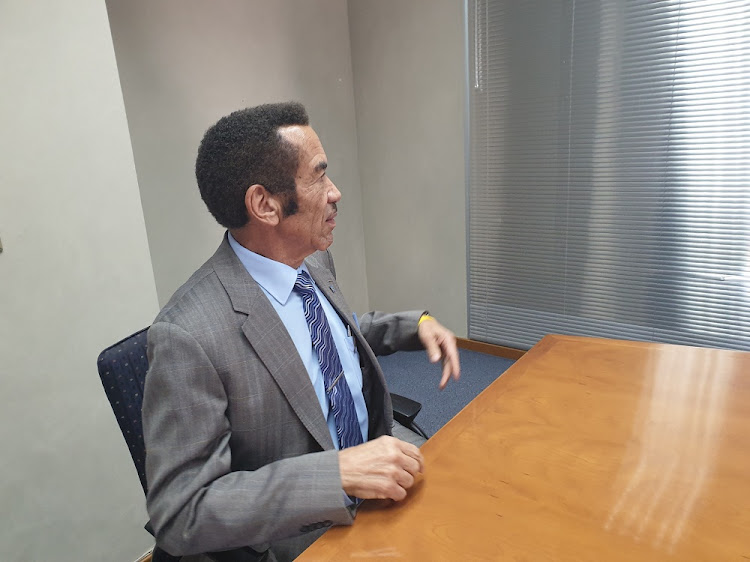 Khama said the SA citizens concerned here were in this situation because of him; because they were perceived as his close associates.

“The Botswana government is on a drive to get back at me [and] discredit me by peddling lies,” he said.

Khama told journalists he had a team of investigators overseas who would compile a report which, he said, would prove that what the Botswana government was doing was sponsored fraud and it fabricated evidence presented in court in the ongoing case against Maswabi.

He said he intended to sue the Botswana government for defamation.

“The amounts claimed for redress will not be small amounts, but the unfortunate thing here is that public funds will be used,” he said.