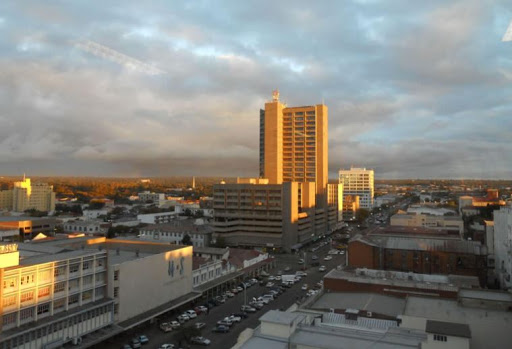 A Zimbabwe city skyline is pictured. Zimbabwe’s government, which sees a switch to more renewable energy as a way to curb the problems, in July removed import duties on solar-power equipment and accessories.
Image: Zimbabwe Tourism Authority

Distributed Power Africa (DPA), a subsidiary of mobile phone provider Econet Global, has over the last year begun installing solar panels and Tesla-supplied battery packs on 65 of its telecommunications towers across Zimbabwe.

The batteries replace the use of polluting diesel generators to provide backup power when grid electricity is cut, said Divyajeet Mahajan, DPA’s CEO.

The systems are drawing growing interest from businesses and industry in other sub-Saharan countries as well, from South Africa to Kenya, he said.

But the switch has faced a range of obstacles, from the still substantial price tag to theft of the batteries.

Anyone visiting Bulawayo from next week will be surprised to hear a chorus of toilet flushes for 30 minutes every morning and night.
News
2 years ago

“For Tesla lithium-ion battery installations at our base station and sites, we have contracted our own technicians to install these batteries with the specific reason to avoid issues of theft of these batteries,” he said in a telephone interview.

In October, thieves stole 24 of the batteries from one Econet facility, though the men were arrested and the batteries recovered, Zimbabwe's police service said.

Still, battery systems are increasingly seen as key to ensuring a reliable power supply in southern Africa, both as countries slowly adopt more solar power – available only during the day without storage systems – and as frequent droughts hit the hydropower production the region relies on, said Man’arai Ndovorwi, a renewable energy engineer with the Zimbabwe Energy Regulatory Authority.

HARARE — Zimbabwe has suspended imports of livestock and meat from South Africa for the second time this year after an outbreak of foot and mouth ...
News
2 years ago

So far, the systems are used mainly for industry as they remain too expensive for many households, said Washington Zhakata, the director of Zimbabwe’s Climate Change Management Department.

“Lithium-ion batteries can alleviate power shortages even at individual level, but the cost might be high,” he said. But commercial power providers also can use the systems to feed backup power into the main grid to serve homes, he said.

A battery system capable of running a telecom tower for up to 10 hours costs $13,000, Mahajan said.

To help companies afford the batteries, Mahajan’s company offers leasing options as well as selling the equipment, he said.

Shepherd Chawira, president of the Matabeleland chapter of the Confederation of Zimbabwe Industries, said many industries and businesses in the country have been forced to turn to diesel generators as the power supply becomes unreliable as a result of drought.

“Industry is faced with crippling levels of insufficient energy, coupled by unsustainable power tariffs and inflation. These factors lead to increased costs of doing business and this affects the output,” he said.

“It is also costly for industry to run for more than 10 hours on diesel, considering that fuel prices are also going up,” he said.

Chawira said companies without backup power have been forced to scale down operations or close shop, leading to job losses.

Zimbabwe’s government, which sees a switch to more renewable energy as a way to curb the problems, in July removed import duties on solar-power equipment and accessories.

Tendai Marowa, an energy management consultant who works with the government on climate change issues, said he was hopeful that as use of battery storage systems rises around the world, the costs of the equipment would fall.

“I think with time, because of commitments and investments going into that technology by private companies across the globe… we should have batteries that are more user friendly and they should also be affordable,” he said.

Over 300 undocumented foreigners found in hijacked building in Hillbrow

More than 300 undocumented foreign nationals were discovered in a hijacked 21-storey building in Hillbrow, Johannesburg, on Friday morning, police ...
News
2 years ago

Zimbabwe's President Emmerson Mnangagwa on Friday described Western sanctions as a "cancer" sapping the economy, and his supporters denounced the ...
News
2 years ago