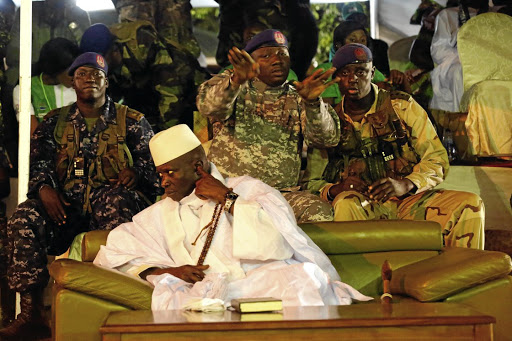 Speaking calmly through tears, in a hearing streamed live on YouTube, former beauty queen Fatou Jallow told how Gambia’s ex-president Yahya Jammeh locked her in a room and raped her.

The 23-year-old’s testimony on Thursday concluded three weeks of public hearings dedicated to sexual and gender-based violence under Jammeh’s presidency, part of a broader probe by the current administration into abuses during his tenure. “Yahya Jammeh did not want sex with me or pleasure with me. What he wanted to do was hurt me,” said Jallow, explaining that he violently assaulted her after she refused his advances.

The Thomson Reuters Foundation was unable to verify Jallow’s account or that of another woman who testified to being raped by two security officers in jail and a third who said she was raped by Jammeh’s interior minister.

Jammeh fled into exile in Equatorial Guinea in 2017 after losing an election that ended his 22-year-rule over the tiny West African country — a period marked by killings, torture and forced disappearances.

The Truth, Reconciliation and Reparations Commission (TRRC), an initiative of current President Adama Barrow, opened in January with an aim to investigate suspected atrocities under Jammeh and consider reparations for victims. But the many harrowing tales of rape and sexual abuse also seek to break down the silence around a problem which continues, if not at such high levels, human rights campaigners said.

“I know it makes people uncomfortable. But it’s okay to be uncomfortable as a society before we shift things around,” Jallow said in her hearing. One in five women in The Gambia have experienced physical or sexual violence at the hands of an intimate partner, according to the United Nations, with rape often not reported because women fear reprisals or stigma.

“Hopefully this will start a conversation in Gambia about sexual violence and about the abuse of women and girls,” said Reed Brody, a lawyer working with Jallow and other victims. The 11-member TRRC, which is expected to sit for two years, can make criminal referrals and many victims want to see Jammeh return to Gambia to face trial for the abuses it investigates.

But that seems unlikely given the warm welcome he has received from Equatorial Guinea’s President Teodoro Obiang. Three women have accused Jammeh personally of sexual assault or rape, including one who chose to submit a private statement to the commission instead of going public, according to Brody.

When asked why they testified, several women said it was to raise awareness about sexual assault and embolden other victims to come forward. “Those men didn’t think that a day like this would come,” said a woman who was one of Jammeh’s “protocol girls“, young women hired to work in the Protocol Department in the presidential palace.

The woman, who testified anonymously, said that Jammeh treated the protocol girls “like his own property” and that she was fired after refusing his advances. “I know certain people that are still working — they are still in the system, they are still in government. Maybe hearing this they will be a little more careful about what they do,” she said.

One challenge has been to involve women in rural areas who may be less educated, said Didier Gbery, head of programme for the International Center for Transitional Justice’s (ICTJ) in The Gambia. The US-headquartered advocacy group is working with women’s groups throughout The Gambia to collect more testimonies for the TRRC, he said.

“This is an opportunity to scrutinise our society and to try to make this change,” Gbery said.