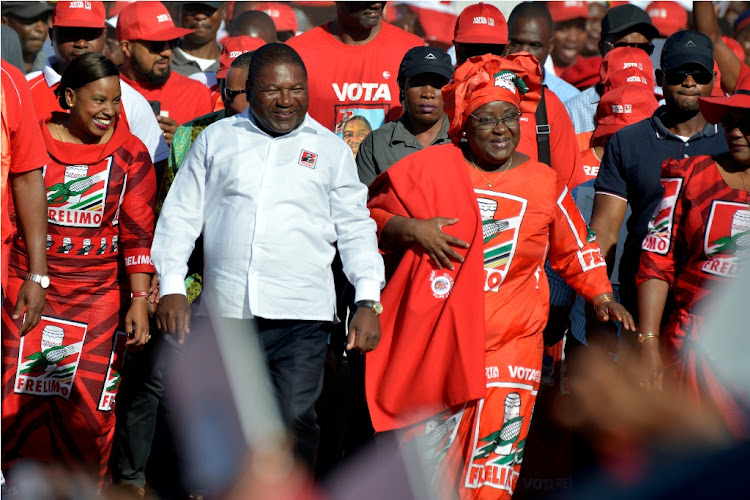 Mozambique's President Filipe Nyusi was on Tuesday forecast to be heading for a landslide victory in an election the opposition says has been tarnished by fraud, leaving some voters worried for the future of the country's fragile peace deal.

It said that Nyusi will win more than 70% of the vote against 21% for opposition candidate Ossufo Momade, according to data from 2,500 polling stations.

Though official results have yet to be announced and the count is continuing, Momade's former guerrilla movement turned main opposition party, Renamo, has already rejected the outcome, decrying problems in the process from voter registration through to counting.

Analysts believe that could threaten an historic peace accord signed just months ago between Momade and Nyusi, and in turn the stability of nation on the verge of becoming a global gas exporter.

He said some observers had been prevented from carrying out their work.

A spokesman for the Electoral Administration Technical Secretariat did not respond to multiple requests for comment on fraud accusations nor the pace of the official count.

Two-thirds of polling stations have been processed, representing just over 36% of the more than 13 million potential ballots from registered voters, according to data on the electoral commission's website.

Alice Nandja, 23, a law student, said definitive results should have been announced by now, and the numbers so far were hard to explain.

"We will have to agree with Renamo," she said. "I don't think people are stupid enough to vote for Frelimo that much.

"The election should serve to legitimise the peace agreement, but it seems to have created more division within the Mozambican people," she added.

Renamo and Nyusi's party, the ruling Frelimo, fought on opposite sides of a 16-year civil war that ended in a truce in 1992, but the former foes have clashed sporadically since.

The pact was meant to bring a definitive end to four decades of violence between the two, shoring up Mozambique's stability just before blockbuster gas projects in the north led by the likes of Exxon Mobil and Total take off.

Analysts think a return to full-blown civil war is highly unlikely. But low-level violence could worsen, drawing resources away from the government's battle against an Islamist insurgency on the projects' doorstep.

"We heard the promises of a brighter future, with more jobs, education, health," said 49-year-old street vendor Tomas Salvador. "But this cannot be done with political instability and insecurity."

Renamo's performance in provincial elections in a handful of central and northern provinces - its traditional heartlands - is seen as central to the deal's survival.

Mozambicans voted on Tuesday in an election that will test a fragile two-month-old peace deal between the ruling Frelimo party and its old civil war ...
News
2 years ago

For the first time, provincial governors will be appointed by the majority party in each province rather than the government in Maputo - a key opportunity for Renamo to satisfy a long-thwarted desire for representation.

However the party has already lost a number of them to Frelimo, according to the state news agency, including Nampula, Sofala and Zambezia - among those where EISA detected mismatches.

Overall, with 48.73% of polling stations processed, Frelimo has taken 74.3% of the provincial vote while Renamo drifts behind on 20.3%, according electoral commission data.

At a parliamentary level, where 52% of polling stations have been processed, Frelimo leads with 76.25% of the vote compared to just shy of 17% for Renamo.

Frelimo spokesperson Caifadine Manasse said Renamo regularly complains about elections, despite being part of all the electoral bodies and having delegates at voting stations.

"Renamo is not serious about democracy," he said.