Targeting militants, Nigeria to require ID cards in the northeast 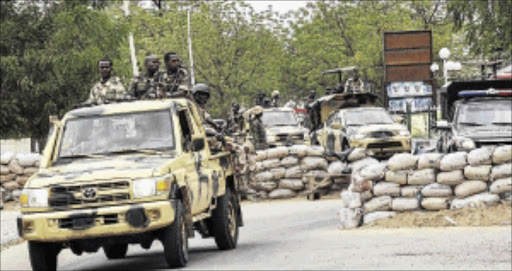 Nigeria will require anyone moving through three northeastern states to carry identification cards in an effort to root out members of Boko Haram and Islamic State, the army said on Sunday.

The new requirement follows credible information that members of the two militant groups were hiding among civilians in the towns and villages of the states, an army statement said.

The army said it would "strictly check" the identification cards of those moving or passing through the states of Adamawa, Borno and Yobe.

Those found without identification would "attract further scrutiny and comprehensive investigation to determine his or her activities with the insurgents or otherwise", it said.

Last week, the army forced non-profit Action Against Hunger to close its office in the region, accusing it of aiding groups such as Boko Haram and Islamic State by providing members with food and medicine.

The decade-long insurgency led by Islamist militant group Boko Haram has killed some 30,000 people and forced more than 2 million to flee their homes. Islamic State in West Africa (ISWA) split from Boko Haram in 2016.