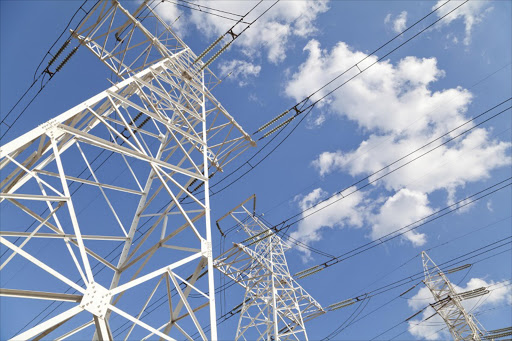 Zimbabweans have flipped their daily routines to make the most out of the electricity that is only available between 10pm and 6am, when people usually sleep.

In Borrowdale, the richest square mile in the capital Harare, most households have back-up power from inverters and generators.

But some chores require more than the average amount of energy - and now they must be done at night.

Stella Kawema and her husband, Charles, are employed by a former minister as his cleaner and gardener.

Their boss has instructed the pair to do chores such as ironing and gardening at night when power is available from the national grid.

"I iron clothes around 11pm and that's the same time I get to use the washing machine."

Her husband mows the lawn and cleans the pool. "Even when we do our jobs at night, the family we work for will be awake because they too need electricity. The boss the other day was complaining that the WiFi network in the area was pathetic during power cuts," said Charles.

Stella said her boss had stopped buying meat in bulk because it goes bad since the fridge is no longer switched on all the time.

In the townships, particularly in Mbare, where the city's informal economy operates, businesses have also adjusted to the new timetables.

Welders, grinding mill operators, butcheries and salons now open doors in the afternoon, and some days not at all.

KFC in Belgravia has a timetable for its generator.

"We only work during peak hours. That is between noon and 3pm. We open again between 5pm and 8pm. We cannot afford to run the generator the whole day," said a security guard on the premises.

The city's nightlife, however, is still vibrant and party time is uninterrupted.

"During the day, bottlestores hardly have ice-cold beer. It worked to our advantage because when we start business [in the evenings], that's when electricity returns," said a club owner.

Energy minister Fortune Chasi told Sowetan since the power crisis was a long-term problem, the country needed to start investing in solar energy.

"We import most of these things [solar equipment] but since we need them the government has to come up with a model of incentivising investors into renewable energy," he said.

Finance and economic development minister Mthuli Ncube admitted that alternative sources of energy have not been taken up at policy level in the past. "We have been too slow in embracing renewable energy sources. We have so much sunshine, why can't we have solar farms?" Ncube said.