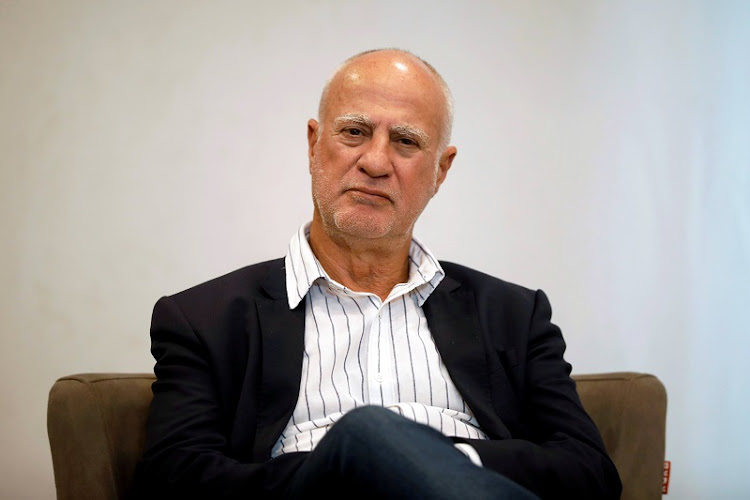 Michael Joseph, who was appointed as interim chief executive officer of Kenyan telecoms firm Safaricom after its long-time executive Bob Collymore died of cancer, is seen during a news conference at the company's headquarters in Nairobi, Kenya on July 1, 2019.
Image: REUTERS/Baz Ratner

Joseph, a dual American and Kenyan national, who served as Safaricom's CEO between July 2000 and November 2010, said he would stay in the post until the company finds a permanent replacement.

Collymore, who helped to turn Safaricom into East Africa's most profitable company with an $11 billion valuation, had agreed to continue as CEO for another year in May after the Kenyan government, which owns a 35% stake, insisted that a local was picked to succeed him.

"They just need somebody to sort of steer the company as they decide on a substantive CEO," said Eric Musau, head of research at Standard Investment Bank. "It is just to get that reassuring hand during this transition."

During his previous tenure as CEO, Joseph, an electrical engineer, transformed the telecoms group from a subscriber base of less than 20,000 to more than 16.71 million, Safaricom said.

"The board is confident that during this transition, Mr. Joseph will provide the necessary guidance and leadership to the company and its employees," Safaricom said in a statement.

Joseph also presided over the company during its IPO in 2008 and pioneered Kenya's successful M-Pesa mobile money transfer system. In his last full year as CEO, Safaricom posted a 37 percent rise in pretax profit.

Collymore took over as CEO in 2010, overseeing an increase of nearly 500% in Safaricom's share price thanks to M-Pesa's popularity and a growing customer base.

Joseph, who also serves as Vodafone's director of Mobile Money and a strategic adviser on the boards of Vodacom South Africa, Vodacom Tanzania and Vodacom Mozambique, told Reuters he would continue in his role as chairman of Kenya Airways.

Shares in Safaricom, which is 35% owned by South Africa's Vodacom and controls about 62% of Kenya's mobile market with 30 million subscribers, were flat at 28.10 shillings at 0842GMT. Vodafone Group has a 5% stake in Safaricom.