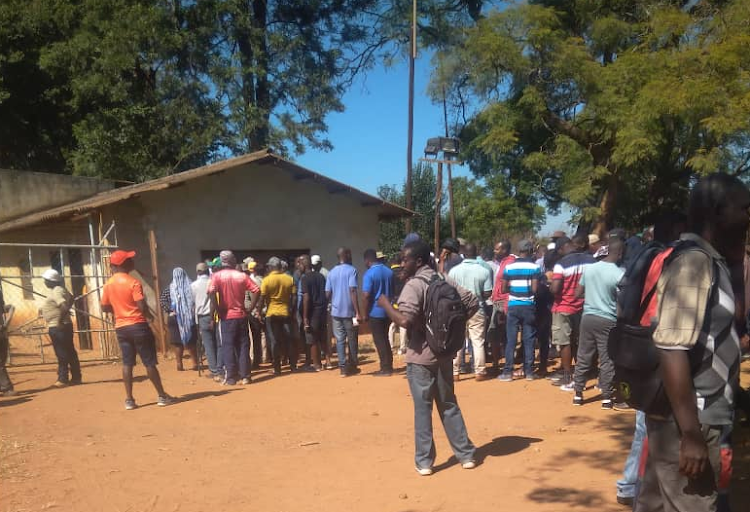 Gushungo Holdings’ dairy enterprise, trading as Alpha and Omega, is on a recapitalisation drive, according to its human resources manager Farai Jemwa.

“We are not shutting down but simply clearing out old equipment such as tractors and other junk so that we are able to do our job properly. There is a lot of junk around here, hence this auction,” said Jemwa as he showed SowetanLIVE's sister publication TimesLIVE new tractors parked outside a shed.

Buyers in their hundreds were looming outside the farm before the auction could go ahead.  Bidding for the property was pegged at US$2,000 or RTGS $5,000 for entry cards.

Vehicles and farm equipment belonging to former President Robert Mugabe’s company Gushungo Holdings are set to be auctioned on Saturday.
News
3 years ago

While Mugabe’s Gushungo Holdings is a private company, Ricky Mukonza, a political analyst, said there was a perception that the wealth owned by Mugabe and many other current and former ZANU PF politicians was ill-gotten.

Mukonza pointed out that during Mugabe’s era there was rampant abuse of public resources for private gain which would justify the general perception that what may appear to be their private property in actual fact belonged to the public.

“This conflation between private assets of politicians in positions of power is a cause for concern. What could be a solution going forward is for public officials and politicians to declare their privately-owned assets for accountability purposes,” he said.

Maxwell Saungweme, a development analyst, said whatever operational problems were bedeviling Mugabe’s company proved that black empowerment anchored on abuse of political power, violation of property rights, theft and plunder was not sustainable, especially when entrepreneurship skills were not developed or imparted.

“It is a typical case of a business empire built on a mirage of political power fizzling out and fading when political power departs. It's now clear who was sustaining and bankrolling that business venture - the taxpayer,” said Saungweme.

Vehicles and farm equipment belonging to former President Robert Mugabe’s company Gushungo Holdings are set to be auctioned on Saturday.
News
3 years ago
Next Article