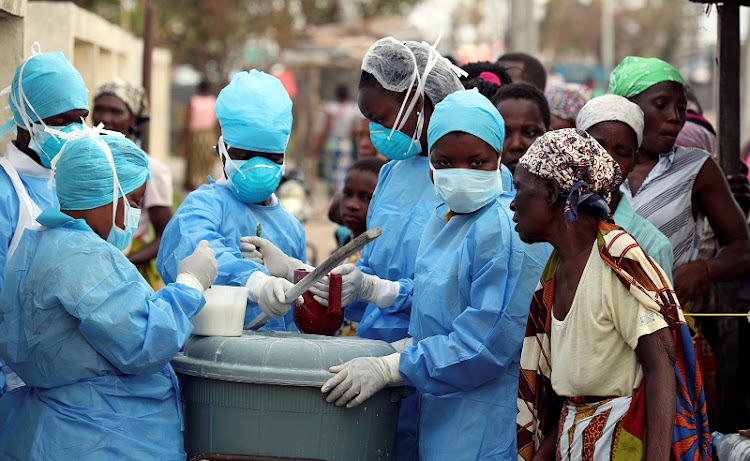 The number of confirmed cases of cholera in Mozambique's cyclone-hit port city of Beira has nearly doubled to 271 in the last 48 hours, the southern African nation's government said on Saturday.

Government and aid workers are seeking to contain the spread of the disease after cyclone Idai smashed into Beira on March 14, unleashing catastrophic flooding and killing more than 700 people in Mozambique, Zimbabwe and Malawi.

At the opening of a temporary treatment centre in Beira, Environment Minister Celso Correia said there had been 271 cases of cholera reported. He said 138 of those had arrived at medical centres in the last 48 hours.

"We don't have any deaths registered within our hospitals," Correia said.

The number of confirmed cases of cholera in the cyclone-hit Mozambican port city of Beira jumped from five to 138 on Friday.
News
3 years ago

On Friday, he said at least two people had died outside hospitals with symptoms including dehydration and diarrhoea.

Many areas in Mozambique and Zimbabwe that were heavily hit by the storm still cannot be accessed by road.

Cholera is endemic to Mozambique, which has had regular outbreaks over the past five years. About 2,000 people were infected in the last outbreak, which ended in February 2018, according to the WHO.

Mozambican authorities said on Saturday the number of deaths from the cyclone stood at 501, bringing the total of fatalities across Mozambique, Zimbabwe and Malawi to 746.