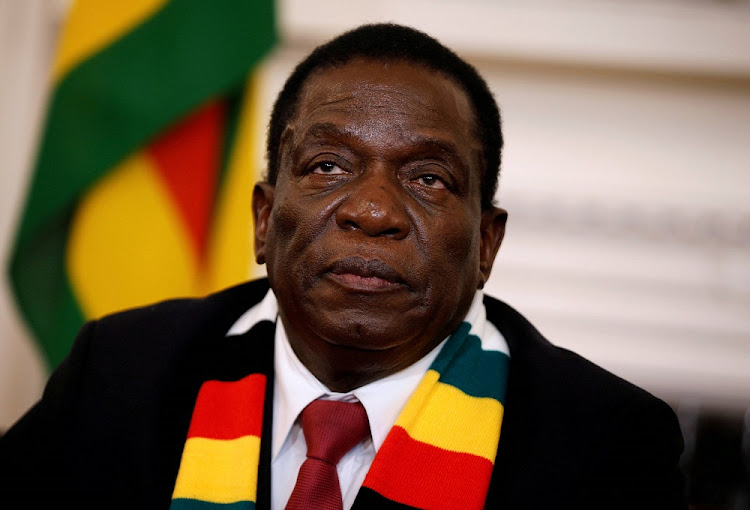 Zimbabwe President Emmerson Mnangagwa retired four generals on Monday, in the first major shake-up of the armed forces since he took office and including the man who led a deadly crackdown against post-election protests in August.

The quartet's removal also coincided with the absence abroad of Vice President Constantino Chiwenga - the retired general responsible for ousting former president Robert Mugabe in November 2017 and now widely viewed inside the country as the power behind Mnangagwa's administration.

All four generals will be appointed to diplomatic posts overseas in line with Zimbabwe's "critical global engagement and re-engagement strategy," a government spokesman said.

Mnangagwa has been under increasing pressure to take action over allegations of brutality by the security forces since a second crackdown in January, triggered by a sharp hike in fuel costs that he had decreed.

That violence led to accusations from opposition parties that the country is reverting to the authoritarian rule that characterised much of Mugabe's 37-year rule.

President Emmerson Mnangagwa has issued a thinly veiled threat to doctors and lawyers whom he accused of being accessories in last month’s stayaway ...
News
3 years ago

The most high-profile of the sidelined commanders was Major General Anselem Sanyatwe, who led the presidential guard and drew widespread criticism for telling an inquiry into the post-election violence that one of his soldiers caught on video shooting into a crowd was firing into the air at a 45 degree angle.

The inquiry found that the military used "disproportionate and unjustified" force, including live bullets, to quell the Aug. 1 unrest.

"Government will release accreditation details for each ... once various bilateral consultations are concluded," Mnangagwa's chief secretary, Misheck Sibanda, said in a statement.

By posting the officers outside the country, Mnangagwa is continuing a tradition that flourished under Mugabe, who used to sideline those who fell out of favour with him.

But Mugabe's plan in 2017 to retire several generals seen as against moves to appoint his wife Grace as vice president was one reason behind his removal, army sources say.

The Southern African Development Community (SADC) on Monday weighed in with support for Zimbabwean president Emmerson Mnangagwa.
News
3 years ago
Next Article