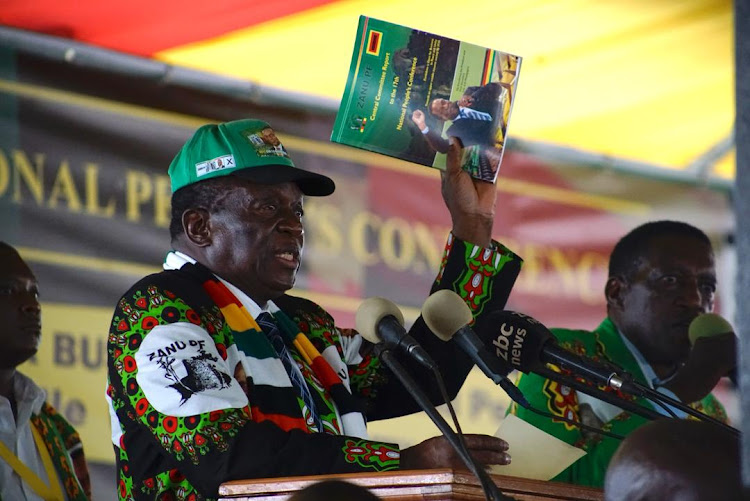 President Emmerson Mnangagwa has issued a thinly veiled threat to doctors and lawyers whom he accused of being accessories in last month’s stayaway that turned violent.

Speaking at a Zanu PF "thank you" rally, Mnangagwa said rioters were buoyed by doctors and lawyers as they went about looting and burning public and private property.

Now the doctors and lawyers are in his sights.

"We are now going after those doctors who were involved in those activities.

The Southern African Development Community (SADC) on Monday weighed in with support for Zimbabwean president Emmerson Mnangagwa.
News
3 years ago

According to the Zimbabwe Republic Police (ZRP), an estimated 1,100 people were arrested - 441 in Bulawayo and 249 in Harare, while Midlands province recorded 201 arrests, with the rest coming from other areas of the country.

At least 700 have appeared in court represented by lawyers from Zimbabwe Lawyers for Human Rights (ZLHR).

After the public riots, the Law Society of Zimbabwe - an umbrella body for all lawyers operating in the country - held their own protest against the alleged abuse of rule of law by magistrates during trial of those arrested in connection with the January 14 disturbances. The lawyers claimed the judiciary was captured and demanded its independence.

President Mnangagwa, at the same rally, claimed the MDC Alliance and non-governmental organisations (NGOs) were preparing for a second round of riots.

The state was ready for them, should they go ahead, he said.

"You know each other at every village, when strangers come, tell the leaders in your area, the village headman, so we know the purpose of the visits," he said.

Chiefs are widely accused of being Zanu PF auxiliaries.

Mnangagwa’s hardline stance comes at a time when the Southern African Development Community's current chair, Namibian President Hage Geingob, last week put the bloc’s weight behind him with a statement claiming that NGOs were pushing a destabilising agenda in Zimbabwe.