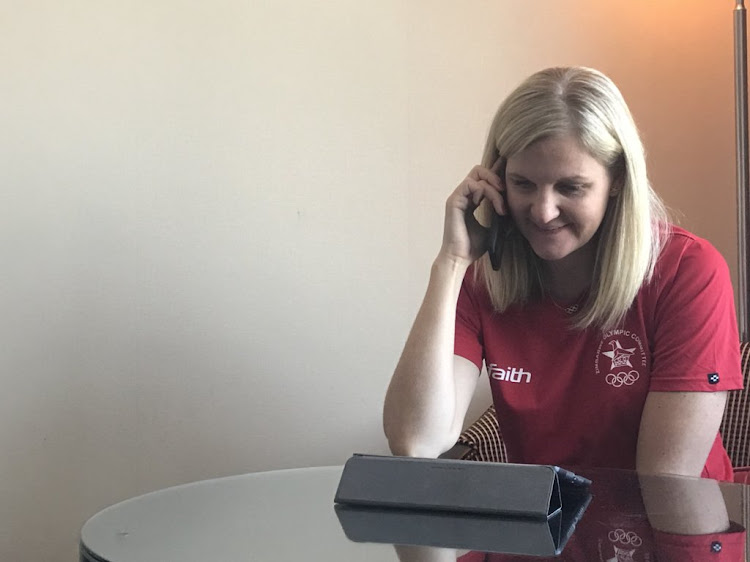 Zimbabwe sports minister Kirsty Coventry is allegedly under pressure from some close family members and citizens to resign from President Emmerson Mnangagwa's administration.

This follows the brutalisation of people during this week's three-day stayaway, and subsequent protest action. Social media was awash with rumours on Thursday of Coventry’s resignation from government. However, there has been no official comment by government regarding these rumours.

There was also no independent verification of comments attributed to her in a widely circulated post, claiming she was leaving government because she "doesn’t want blood money on my hands".

A former Zimbabwean cabinet member and close friend of Coventry’s, speaking on condition of anonymity, said the rumours weren’t true.

Also on Thursday, Zimbabwe’s information minister, Energy Mutodi, tweeted: "The Honorable Minister of Youths, Arts & Sports and famous Olympian Champion Kirsty Coventry has not resigned from the government of President Mnangagwa. Social media news on her resignation are false."

The Honorable Minister of Youths, Arts & Sports and famous Olympian Champion Kirsty Coventry has not resigned from the government of President Mnangagwa. Social media news on her resignation are false. MEANWHILE, fuel save is on the move: https://t.co/YZP9icAou4

Zimbabweans took to the streets from Monday to Wednesday protesting a 150% fuel increase announced by Mnangagwa last Saturday, a day before he departed for a five-nation visit to Europe. He is expected to attend this year's World Economic Forum in Davos, Switzerland.

The protests, according to human rights organisations, left at least 10 people dead and hundreds injured in state-sponsored violence as the Zanu-PF government sought to contain the protests which had by Wednesday spread around the country.

Scores arrested, beaten as Zimbabwe police crack down on protests

Scores of Zimbabwean civilians including a prominent activist were detained and charged with public violence on Wednesday and others were beaten, ...
News
2 years ago

With reports from human rights organisations indicating casualties could be far more than is being reported in the state media, sources in Harare claimed pressure was piling on Coventry, a former swimming sensation and Olympic gold medallist - and the only white person in Mnangagwa's government - to throw in the towel.

Fuelling the speculation is the fact that she has changed her Twitter handle and removed the title of Zimbabwe sports minister from her profile.

Coventry was not immediately available to comment as her mobile phone was off, while the partial internet block made it difficult to reach her on her social media platforms.

But human rights defenders are adamant Coventry is in a tight spot and reconsidering her position, claiming she did not support the Harare crackdown.

A human rights lawyer close to Coventry, who spoke anonymously due to the sensitivity of the matter, told SowetanLIVE that the former Olympian was now in a very difficult position.

"Her international credibility will be waning by the second," the lawyer said.

"I think the pressure should not be addressed on one individual, but the entire government because it seems not to have a clue of how to salvage the citizenry from the present economic morass."

Zimbabwe has, since the ousting of former president Robert Mugabe, experienced chronic shortages of various products, ranging from fuel, to cash, to electricity and to potable water. But it is the latest brutalisation of citizens which has again shone the spotlight on Mnangagwa's administration, barely six months after soldiers in Harare shot dead civilians after a disputed presidential outcome.

Zimbabwe security forces have been accused of killing at least five people and wounding 25 others during a crackdown on nationwide protests over a ...
News
2 years ago

Meanwhile, Nkululeko Sibanda, the spokesperson for MDC president Nelson Chamisa, put the blame on Mnangagwa and his deputy, Constantino Chiwenga, for the violence which erupted across the country over the last three days.

“Credible reports show that the state carefully organised Zanu-PF youths, who would infiltrate the mass stayaways and loot a few shops for their personal benefit. These were not paid and were told that the loot would be their salary,” said Sibanda in a statement.

“SADC must intervene and investigate these serious circumstances in which grave crimes against humanity were committed. Mnangagwa and General Chiwenga are adversely affecting the image of the region and bring SADC into disrepute over and over again.”