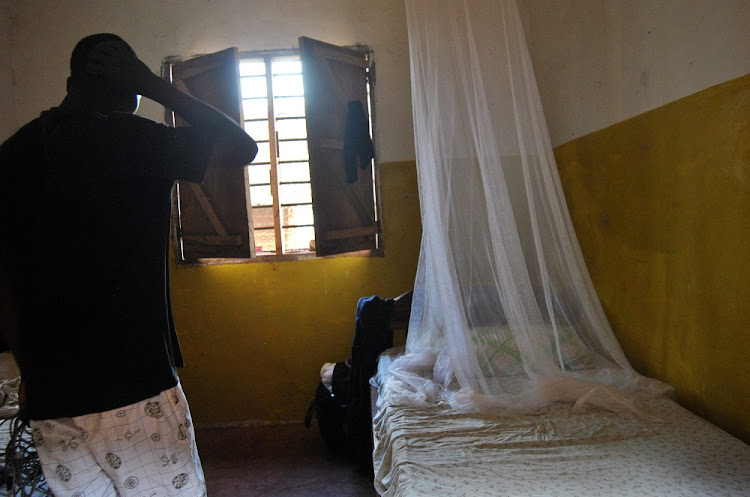 A resident stands inside the room, where Italian volunteer for the Italian charity Africa Milele lived before she was seized in Chakama, Kenya on Wednesday.
Image: REUTERS/Stringer

Gunmen kidnapped an Italian volunteer and wounded a woman and four children in Kenya late on Tuesday, police and witnesses said - the first abduction of a foreigner there since raids blamed on Somali Islamist militants six years ago.

Men armed with AK-47 rifles seized the 23-year-old woman from a guesthouse in Chakama, near Kenya's southeast coast, witnesses said.

Officers said they had not identified the attackers - and no group immediately claimed responsibility.

Two witnesses told Reuters they heard the gunmen speaking Somali. "There were three attackers and they targeted the Italian lady," said Chad Joshua Kazungu by phone.

The woman - who police said was volunteering for the small Italian charity Africa Milele - was seized after she came out of her room to find out what was going on, a third unnamed witness told Kenyan TV channel KTN News.

"Their aim was to get money but they took off with her to the river," he said.

The attackers opened fire as they left, wounding a woman and four children, he added. A 10-year-old child was shot in the eye and a 12-year-old was hit in the thigh, police said.

A series of abductions further north up the coast in 2011 and 2012 - and other attacks by al Qaeda-linked Al Shabaab militants from neighbouring Somalia - caused a sharp decline in tourism numbers and revenue.

But local tour operators said they thought Tuesday's attack would only have a limited impact on the vital tourism industry.

"The European market might have a small shake-up, but Malindi is 500 km from Nairobi so I don't expect the safari industry to be affected," said Robert Katithi, sales director from Go Kenya Tours and Safaris.

Gunmen grabbed a wheelchair-bound Frenchwoman from her home on the northern island of Manda in 2011 weeks after attackers killed a British man and kidnapping his wife from another resort island.

Armed men kidnapped four aid workers and killed a driver at Kenya’s Dadaab refugee camp near the border with Somalia in 2012.

The Italian foreign ministry said on Wednesday it was aware of the reports of the abduction and was looking into the situation.

There was no immediate comment from the charity Africa Milele which, according to its website, was founded in 2011 by an Italian couple after they honeymooned in Africa.

Chakama is nearly 300 km southwest of the Kenya-Somalia border.