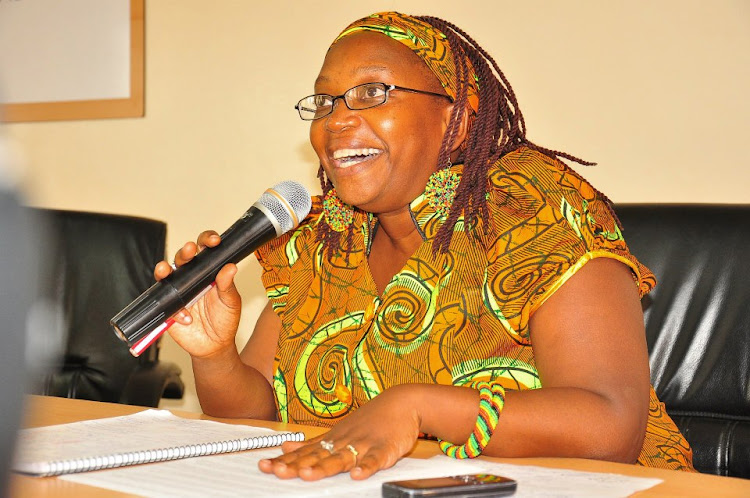 Dr Stella Nyanzi, a queer feminist writer, activist and Research Fellow at the Makerere Institute for Social Research in Uganda, has been imprisoned in Uganda for allegedly insulting President Yoweri Musevenion social media.

Nyanzi has been charged with “cyber harassment and offensive communication” under the country’s Computer Misuse Act of 2011. She was arrested after she published a provocative poem on her Facebook page on September 16, the day after the president’s 74th birthday.

It expressed the view that Uganda would have been better off had Museveni died at birth.

The academic has pleaded not guilty and is currently being detained at Luzira Prison in Kampala. She faces a penalty of a year’s imprisonment.

Nyanzi has been fearless in her criticism of Museveni. She has embraced a Ugandan tradition called “radical rudeness” that dates back to the pre-independence days of the late 1940s. At the time power relations were encoded in manners, politeness, and conventional rituals of sociability as determined by the British masters.

As historian Carol Summers has written, activists in colonial Uganda, especially the kingdom of Buganda, disrupted this power relationship by using tactics of rudeness, performing:

Nyanzi is a formidable activist in Uganda who has been imprisoned for expressing her views before, but who has continued to fight against repressive anti-queer laws as well as the right to freedom of speech.

Her recent detention has already drawn international condemnation. PEN, the international organisation that promotes freedom of expression in literature, has called on the Ugandan authorities to release Nyanzi immediately because the right to free speech is enshrined in the country’s constitution.

While President Museveni has the right to take exception to Dr Nyanzi’s views, he does not have the right to gag people who find his rule oppressive.

Nyanzi is a medical anthropologist who has written about HIV/AIDS, sexuality and women’s health. She has campaigned for the rights of girls, women and LGBTQIA+ people in Uganda and leads Pads4GirlsUG, a campaign to provide free sanitary pads to girls. She holds a PhD from the the London School of Hygiene and Tropical Medicine. She is also a leading scholar in the emerging field of African queer studies.

She is the author of numerous articles that provide sorely needed critical insight into the effects of patriarchy, misogyny and homophobia in Uganda, Gambia and Tanzania.

These include Homosexuality, Sex Work, and HIV/AIDS in Displacement and Post-Conflict Settings: The Case of Refugees in Uganda  (published in International Peacekeeping, 2013); and Queer Pride and Protest: A Reading of the Bodies at Uganda’s First Beach Pride.

Her article, Dismantling Reified African Culture through Localised Homosexualities in Uganda, was published in the academic journal Culture, Health and Sexuality in 2013. In the piece Nyanzi critiques Uganda’s draconian Anti-Homosexuality Bill, which was introduced in 2009 and passed into law in February 2014. It was repealed on the grounds that it had been passed without a quorum in August that same year.

She argued that the justification for the bill “lay in myopic imaginings of a homogeneous African-ness and pedestrian oblivion to pluralities within African sexualities”.

Her ethnographic research conducted with people in Uganda shows how, counter to the arguments that homosexuality is un-African, “same-sex-loving men, women and transgender people variously assert their African-ness”.

Uganda is one of 38 countries in Africa where homosexuality remains illegal.

Nyanzi has been daring in her critique of Museveni. In 2017, she was also charged under the Computer Misuse Act of 2011 for referring to the president as “a pair of buttocks”. Her account of what she refers to as her “incredible experience with the judicial system in a repressive military dictatorship” makes for chilling reading.

She describes her abduction by 10 men and two women, none of whom was wearing a police uniform. Nyanzi was detained for three days without being charged, and subsequently incarcerated for 33 days in a maximum-security prison, where she became severely ill with malaria.

She notes how, as a result of the media attention the case attracted, #PairOfButtocks was circulated on social media, trending for weeks on end on Twitter, Facebook and Instagram.

Rather than arresting its further circulation, my arrest and pre-trial detention instead refuelled the currency of this tongue-in-cheek metaphor that I applied to describe the president of Uganda.

She was also suspended from her job at Makerere University for “abusing” Janet Museveni, the first lady and education minister, after Nyanzi called her a “big-thighed cow” with an “empty brain”.

The Ugandan state has been increasingly heavy-handed in cracking down on the opposition. Police have assaulted and detained journalists covering protests during the 2018 parliamentary elections.

The state’s actions have become increasingly aggressive since a wave of protests broke out in 2017 when the government removed the presidential age limit.

This makes it possible for Museveni, who has been president since 1986, to remain in power until 2021.

A letter from @drstellanyanzi while in detention. It’s been 4 days without being charged. She is simply being held for expressing her opinion. @PoliceUg must release her immediately and unconditionally. pic.twitter.com/YoN6IcncJT

Opposition to his rule has been growing. Nor is it likely to be silenced. As Nyanzi has said in a handwritten letter from detention circulating on social media:

• This article was first published by The Conversation