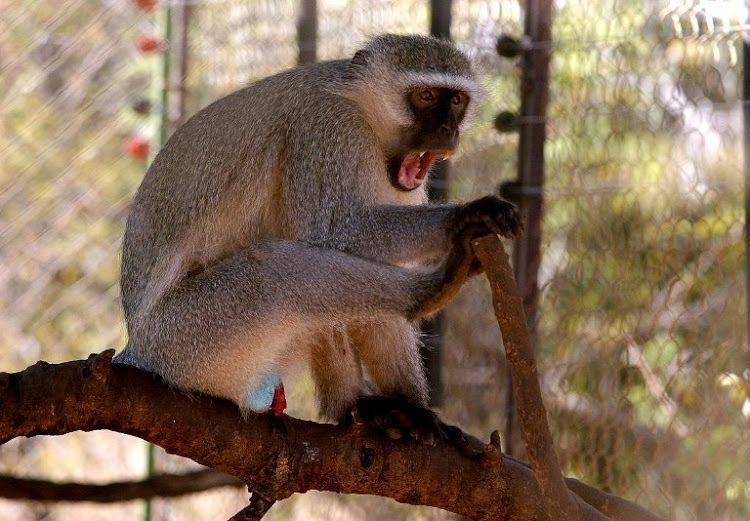 Farmers in Uganda have been shooting 'crop thieves', the vervet monkeys for decades in Uganda.

When Bwakatahwihire Buhikire moved to Nyarubungo village three decades ago, he hoped his family would be able to grow more crops on their new, larger plot of land. Instead they found themselves competing with monkeys for food.

Buhikire was shocked by how people in southwest Uganda's Mbarara district hunted and killed the vervet monkeys they view as pests - but the grey-haired primates with black faces were starving his family.

“They would not wait for us to harvest potatoes, bananas and beans,” said Buhikire, now 68.

When crops matured, children would have to miss school to keep the monkeys away from the fields, he added.

As the animals were killed and people settled on the reclaimed wetlands and grazing land where the primates lived, their numbers gradually dwindled.

But in the past decade, as the government has moved to protect wetlands, and predators like pythons and eagles have declined, the population of vervet monkeys is on the rise again, said Jonathan Baranga, former professor of wildlife at Mbarara University of Science and Technology.

As climate change and illegal human activity in the swamps curb their food supply, the swelling ranks of hungry monkeys are back raiding gardens.

Unauthorised farming and sand mining in the wetlands are making the problem worse, as plants on which the monkeys feed are cleared, according to Jaconious Musingwire, a scientist and southwest focal point for Uganda's environment watchdog.

According to Buhikire, farmers in three villages close to the Nyakaguruka-Rwizi swamps are suffering regular losses as the largely herbivorous monkeys steal crops to survive.

A troupe of 20 monkeys with 15 of their young in a garden at any one time is a common sight, said Buhikire.

“It is survival of the fittest,” he said.

In neighbouring Isingiro district, the monkeys often move in groups of 30, according to James Byaruhanga.

The local resident said many trees that once bore fruit on which the monkeys fed, such as palm, had been felled to make charcoal. Monkeys do not eat the grass and small trees that now make up most swamp vegetation, he added.

Prolonged droughts have affected tree-fruiting in the wetlands, he told the Thomson Reuters Foundation.

That is pushing wildlife in the remaining wetlands that have survived human settlement, slash-and-burn agriculture and climate change impacts to feed on human crops, he added.

Uganda lost close to 35 percent of its wetlands between 1990 and 2017, according to government data, worsening the risks of water shortages and pollution, soil erosion, increased floods, siltation and biodiversity loss.

Farmers have erected scarecrows in their gardens to keep off the primates, but this has not worked. Frustrated, some are resorting to hunting down or poisoning the wild animals.

Josephine Kateba, whose farm is adjacent to Rugando wetland, lost her cassava, maize, beans and groundnuts to the monkeys, who also eat bananas and guava.

Almost half her crops were scavenged, she said, noting the problem has caused hunger and malnutrition among local children.

She wants the monkeys to be relocated to national parks, although officials say parks are already home to enough.

By law, the Uganda Wildlife Authority (UWA) is mandated to manage all wild animals, whether in or outside national parks.

In some districts, local governments are also tasked with controlling "vermin", including monkeys, bush pigs and baboons.

The UWA defines "vermin" as problem animals that cause damage to people, farms and other assets.

Geoffrey Owoyesigire, the UWA's deputy director in charge of community conservation affairs, said vermin could be killed if judged a major threat but only in an orderly, organised manner.

The problem of human-monkey conflicts has persisted for several years in different parts of the country, he added.

The UWA is raising awareness of the problem by organising village meetings and asking people to report vermin raids to local leaders, who should then inform the authority.

Between 2000 and 2010, it allocated two guards per sub-county to prevent and report vermin attacks on fields.

But the effort petered out in most districts as local and national government could not find the funds to keep it going.

Tackling the problem needs to be a joint effort, he said.

"Wildlife is for us all, but if it becomes a challenge then we (must) step in," he said.