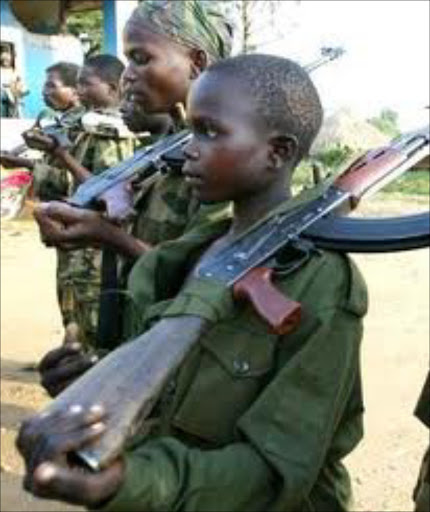 Hunger is driving Congolese boys into armed groups while women and girls are selling their bodies to eat.
Image: FILE IMAGE

Hunger has doubled in the Democratic Republic of Congo in a year, with 15 million people in need of food aid, pushing children into sex work and mining, charities said on Tuesday.

Many farmers are too scared to tend their fields in northeastern Congo, where some of the worst fighting in years has forced 750,000 people to flee their homes so far in 2018, said the Norwegian Refugee Council (NRC).

Boys and young men are joining armed groups so that they can eat, she added.

Congo's North Kivu and Ituri provinces have been a tinder box of armed rebellion and ethnic killing since two civil wars in the late 1990s.

About 8 million children in the Congo are malnourished, according to the United Nations children's fund, UNICEF, causing growth stunting, mental retardation and death.

"Farmers are so hungry (that) they've actually taken to eating the seeds we're distributing (instead of planting them)," said Bennett.

Congo - often regarded as one of the world's most neglected humanitarian crises - is also experiencing its tenth outbreak of the deadly Ebola virus, which has killed 130 people since July.

In north-eastern Congo, some people complain that Ebola vaccines are readily available, while many lack basic shelter and food, she said.

"The Ebola response is at the level that it needs to be," said Yves Willemot, a spokesman for UNICEF in the Congo.

"But other issues also need attention," he said, pointing to increases in polio, measles and cholera.

Just over a quarter of the $1.7 billion sought in a humanitarian appeal for Congo this year has been delivered, said Bennett.