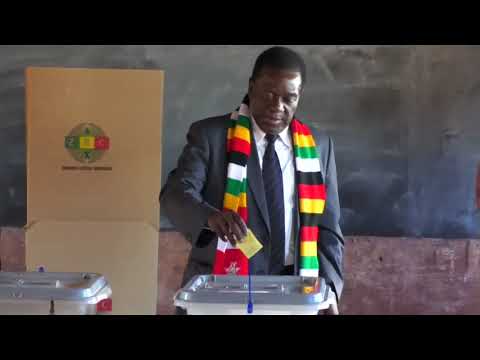 The MDC Alliance on Friday filed its court papers at the Constitutional Court to challenge the outcome of Zimbabwe’s general elections held on July 30.

The results of the presidential election were announced on Friday last week by the Zimbabwe Electoral Commission.

The electoral commission declared the Zanu-PF’s Emmerson Mnangagwa had 50.8% of votes against the MDC Alliance’s Nelson Chamisa’s 44.3%.

The MDC Alliance’s legal representatives‚ Chris Mhike and Sylvester Hashiti‚ and his chief election agent‚ Jameson Timba‚ arrived at the court about 30 minutes before the courts closed for the end of the day at 4pm to file the papers.

The legal challenge is likely to result in a postponement of Mnangagwa’s inauguration ceremony as president of Zimbabwe.

The foreign affairs ministry on Tuesday said the inauguration was scheduled to take place on Sunday.

Opposition presidential candidates such as Thokozani Khupe and Joseph Busha have accepted the outcome of the presidential results and extended their congratulations to Mnangagwa.