Ailing Edcon group to close some stores and shed jobs 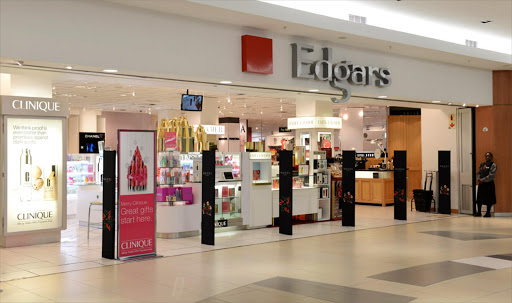 Edcon staff face the prospect of unemployment as the company restructures its stores.
Image: FILE

A number of employees at the ailing Edcon group could find themselves unemployed as the company goes through a process of shutting some of its specialist stores.

The group employs over 48 000 people in eight countries.

Edcon’s Executive Group Corporate Affairs and Communications Vannie Pillay said they hope to keep job losses at a minimum. “Naturally, there will be some attrition, but this will be kept to a minimum as the current employee complement is already fairly lean,” Pillay said.

Edcon has 1 292 stores, including a portfolio of stores such as Jet, Edgars, Boardmans and many other brands.

The company’s rescue strategy would see Red Square and Boardmans chains cobbled into the Edgars stores and rebranded as Edgars Beauty and Edgars Home.

“The impact of the store portfolio rationalisation strategy means a reduction of +/-30% of our trading space, rightsizing of our store portfolio, re-positioning of our key products and the improvement of our service levels.  This will mean the subsequent closure of some of our underperforming stores, in line with business operational strategies and movement of key product categories into our current store formats”, Pillay said.

It is not clear how long this would take as Pillay would only say: “We aim to implement this strategy over the next few years.”

Deal allowing takeover of Edcon by creditors gets tribunal’s approval

The South African Clothing and Textile Workers Union (Sactwu) has expressed concern about the possible job losses that could  occur in the manufacturing sector as a result of the rescue strategy.

“Amongst the South African clothing retailers, Edcon has some of the highest rates of local procurement from domestic local factories. This means that any restructuring in the company which reduces shelf/ hanger space could well have a bearing on the number of garments sourced from local factories, and consequently could lead to job losses amongst factory workers,” Sactwu’s spokesman Simon Eppel told the Sowetan on Friday.

Eppel said the spin-offs of the move could have a dire effect for their workers. He said in a bid to save themselves, malls could replace the Edcon stores that shut down with foreign-owned shops.

“It is likely some of the new tenants may be foreign-clothing retailers - which would be a problem because foreign retailers do not stock locally produced clothing but simply channel imports into our economy, their jobs multipliers are few, and their contribution to our industrialisation is nil,” he said.

Edcon’s decision to consolidate its stores comes after the failure of its strategy to focus on importing international brands.

Stores such as La Senza, Red Square and Dune will now be merged, while some will be completely shut down. In an interview with Moneyweb, Edcon CEO Grant Pattison said the company is planning to put Jet Mart under the Jet brand.Pattison said in malls where one would find brands like Red Square, La Senza and Boardmans, there would be a merger with Red Square becoming Edgars Beauty and Boardmans changing to Edgars as the company is investing in the Edgars brand.

South Africa Commercial, Catering and Allied Workers Union (SACCAWU) was not available for comment at the time of publishing.