Zimbabwe rivals both say on course for election victory 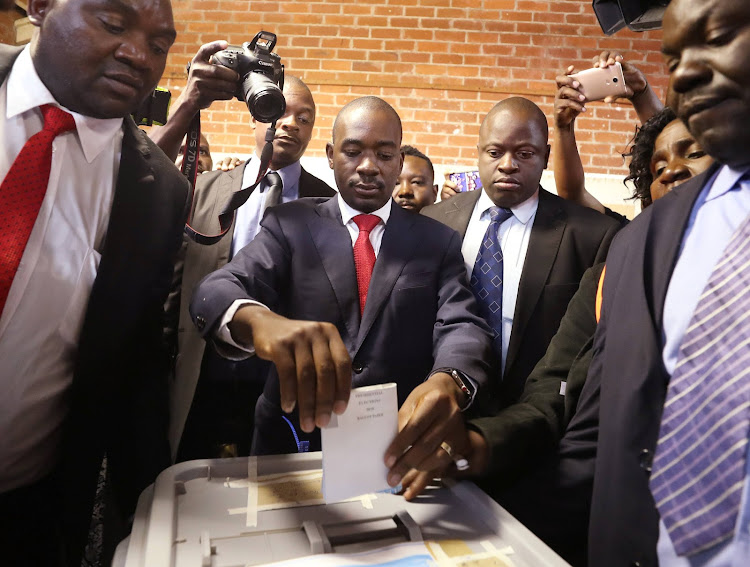 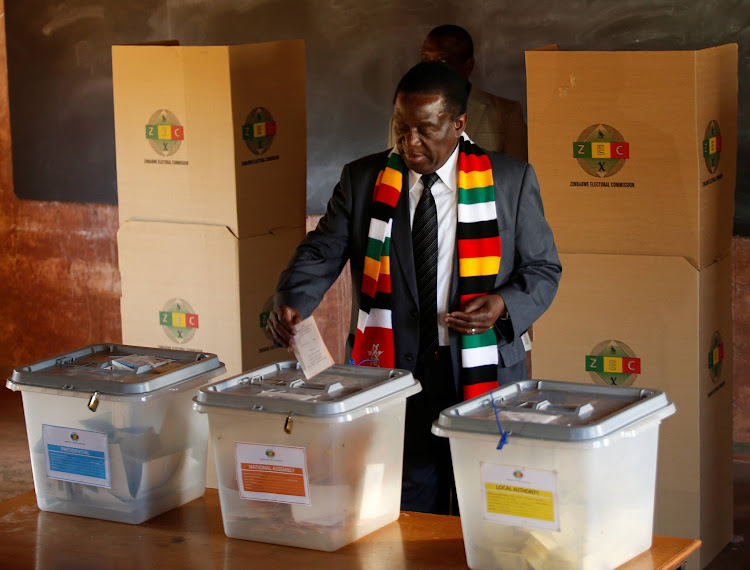 Zimbabwe’s two rival presidential candidates on Tuesday both claimed they were heading for victory as votes were counted in the country’s first election since long-time ruler Robert Mugabe was ousted from power.

President Emmerson Mnangagwa said that his ruling ZANU-PF party was receiving “extremely positive” data on the count, while the opposition leader Nelson Chamisa said his MDC party was “winning resoundingly“.

Zimbabwe appeared to be heading for a contested result in the historic election, raising the likelihood of a bitter battle over allegations of fraud and malpractice from both sides.

“The information from our reps on the ground is extremely positive! Waiting patiently for official results as per the constitution,” Mnangagwa, 75, Mugabe’s former right-hand man, said on Twitter. Chamisa, 40, who raised allegations of voter fraud repeatedly during the campaign, said that his MDC (Movement for Democratic Change) party had results from most of the more than 10,000 polling stations.

“Winning resoundingly... We’ve done exceedingly well,” he said on Twitter after the landmark vote on Monday, adding “We are ready to form the next (government).”

Counting had continued through the night after a strong turnout in Zimbabwe’s first election without Mugabe, who was ousted by the military in November after 37 years in office. ZANU-PF has held an iron grip on power in Zimbabwe since independence from British colonial rule in 1980, and victory for the opposition would be a major upset.

Fake news and propaganda abound while votes are counted in Zimbabwe

No official results in the high-stakes general elections in Zimbabwe have been announced‚ but social media are abuzz with pictures of poll tallies.
News
2 years ago

Sometimes it does not feel that way, but southern Africa, and the continent as a whole, is a much better place to live in than it was just a decade ...
Opinion
2 years ago

Analysts have said it was unclear whether the generals, who back Mnangagwa, would accept a MDC win. Officials overseeing the elections, in which a record number of candidates stood, said many polling stations had queues and estimated that average turnout was around 75% by late Monday afternoon.

“There are shortcomings that we have to check. We don’t know yet whether it was a pattern or whether it was a question of bad organisation in certain polling stations,” the EU’s chief observer Elmar Brok told AFP. The bloc will deliver a preliminary report on the conduct of the election on Wednesday.

“Overall (there was) a huge amount of voting — especially young people, mostly in a very good atmosphere, generally peaceful, which is positive,” Brok added. At one polling station in the capital Harare, officials counted large piles of votes using gas lanterns and candles late into the night.

“I am not shy to say I voted for Chamisa. He is young and can understand our plight as youth,” said Ndumiso Nyoni, 20, a worker at a lodge in Lupane, western Zimbabwe.

With 5.6 million registered voters, full results of the presidential, parliamentary and local elections are due by August 4. A run-off vote is scheduled for September 8 if no presidential candidate wins at least 50%.

BREAKING: Some Zimbabwe results to be announced today: ZEC pic.twitter.com/jjLRB2Muwc

Mugabe, 94, whose authoritarian regime held power via fraud-riddled and violent elections, voted at his customary polling station in Harare alongside his wife Grace after a surprise press conference at his home on Sunday when he called for voters to reject ZANU-PF.

Mnangagwa was the clear election front-runner, benefitting from tacit military support, loyal state media and ruling party controls of government resources. But his rival Chamisa, a young lawyer and pastor who has performed strongly on the campaign trail, vowed to tap into the huge youth vote.

The new government will face tackling mass unemployment and an economy shattered by the seizure of white-owned farms under Mugabe, the collapse of agriculture, hyperinflation and an investment exodus.

Previously solid health and education services are in ruins and millions have fled abroad to seek work. In 2008, then opposition leader Morgan Tsvangirai pulled out of the presidential run-off against Mugabe after attacks orchestrated by the state claimed the lives of at least 200 of his supporters.