Is Russia so dumb as to use chemical weapons weeks before Fifa World Cup? 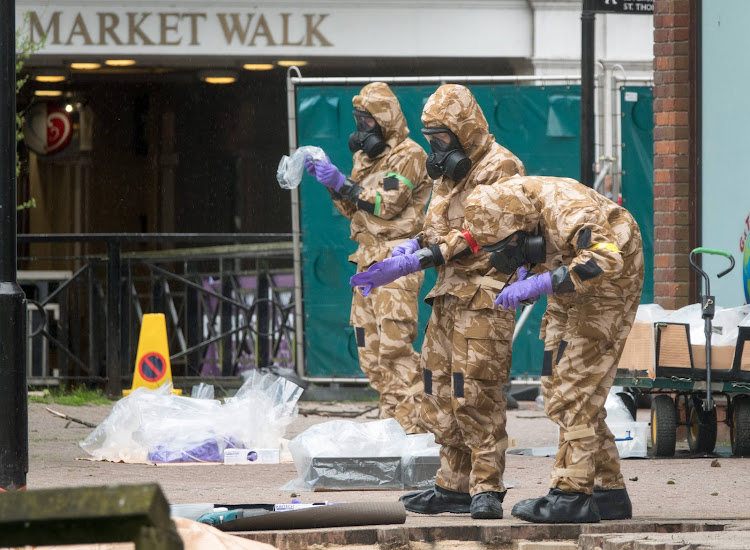 Members of the military work in the Maltings shopping area, close to the bench where Russian former double agent Sergei Skripal and his daughter Yulia were found critically ill seven weeks ago.
Image: Matt Cardy/Getty Images

Russia is hosting the Fifa World Cup in June, by far the biggest sporting event on earth.

Countries chosen to host this event value the opportunity so much that they go out of their way to put their best foot forward.

They are at their best behaviour in order to attract as many tourists as possible and to reap the fruits of their exposure to investors and potential international business partners.

On March 4, Sergei Skripal and his daughter Yulia Skripal were attacked with a suspected nerve gas in Salisbury, United Kingdom. Sergei is a former Russian military intelligence officer who doubled as a British spy.

After negotiations between the two countries, he is now a resident of Britain. The British government blamed Russia for the attack and mobilised its Nato allies to expel a number of Russian diplomats in protest. The Russians retaliated by doing the same.

This episode is obviously a huge diplomatic and public relations disaster for Russia, which vehemently denied poisoning the Skripals and suggested that the UK did it.

The questions come to one’s mind thick and fast – why would Russia do this at this particular point in time? Why would they do it less than two months before hosting the biggest sporting spectacle on earth? Why would Russia decide to sabotage itself? Are Russians that stupid?

Then there was a reported chemical attack on residents of Douma, an enclave near Damascus in Syria, occupied by rebels. The area had been bombed to ruins by a combination of Russian, Syrian and Iranian forces.

Like their counterparts in neighbouring areas of Eastern Ghouta, the rebels in Douma had negotiated an exit plan with the Russians that would see them relocating to another part of the country. At the time of the alleged attack, the rebels and their families were in fact in the process of leaving.

Russia and its two allies deny categorically that a chemical attack took place and allege that the rebels and their western allies staged the event in order to justify an attack on Syria. The rebels are supported with weapons, training and advice by Western countries to fight the Syrian government.

Led by the US, Western countries were apoplectic with anger. There were furious debates at the United Nations Security Council that pitted Russia against the rest. The US and its allies, true to form, launched missile attacks on Syria.

Again the questions flood one’s head: why would Syria use chemical agents against the community of Douma when they have been dislodged from that enclave and were actually leaving? Why did they do that when they knew that it would result in military attacks from the West?

Why would Russia involve itself in that incident when it was still grappling with the fallout from the Skripal affair? And why do Western countries launch attacks on Syria when there was an agreement that international inspectors would be dispatched to Douma to ascertain if a chemical attack had happened and if so, what sort of substance was used?

Given that the credibility of the US and its allies is almost non-existent, especially when it comes to the Arab world, why should we believe them? Don’t we still remember how they invaded Iraq under the pretext of going to destroy weapons of mass destruction, while fully aware that such weapons did not exist? Isn’t Iraq the mess it is today because of their cruel misadventure?

Did they not do the same to Libya under the pretext that they were protecting the country against its leader, Muammar Gaddafi, when in fact the goal was regime change? Up to today, Libya has not recovered.

The latest turn of events in Syria is intriguing. Did the chemical attack actually happen or not? If it did, who launched the attack? Was it the Syrian government, the British through their surrogates, the so-called white helmets, or the rebels on their own?

In this brutal Syrian war in which major powers fight one another through proxies, you never know where the truth is. One thing for sure, the West wants Syrian President Bashar al-Assad gone.