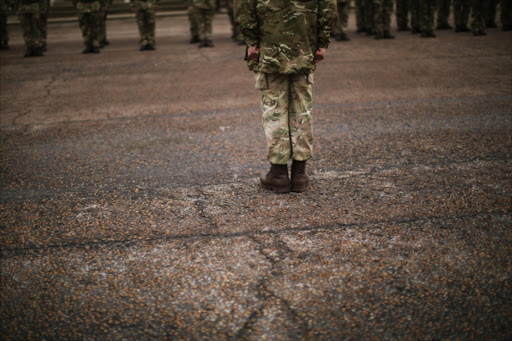 Zimbabwean soldiers have been demanding free sex since Robert Mugabe was removed from power‚ according to the National Aids Council (NAC).

Its report on attitudes and practice towards key populations such as sex workers‚ gays‚ lesbians and drug users revealed that army personnel in some parts of the country were demanding sex at gunpoint.

"Soldiers have become a menace in various areas as they demand free sex especially in the wake of the recent Operation Restore Legacy‚" the report says.

Operation Restore Legacy refers the military takeover of the country in November last year‚ during which Mugabe was placed under house arrest. He resigned six days later as impeachment proceeding started in Parliament.

Soldiers felt entitled to free sex because they believe they brought a renewed form of freedom with the end of Mugabe's 37-year rule‚ according to the report.

"They claimed to have brought freedom to the country and as such they should be rewarded."

The report added that police were also in the habit of demanding free sex but soldiers instilled fear in sex workers. "For fear of guns the sex workers end up giving in."

The research was carried out in towns and rural areas.

A farm in Mazowe that belongs to former Zimbabwean first lady Grace Mugabe has been invaded by illegal gold miners.
News
4 years ago

Opposition leader Joice Mujuru‚ of the People's Rainbow Coalition‚ claimed in a letter to President Emmerson Mngangagwa that 3 000 soldiers are using intimidation tactics in their campaign for the ruling Zanu-PF.

"Zanu-PF political commissariat and government have deployed an estimated 3 000 military officials in civilian clothes into both urban and rural communities to campaign for Zanu-PF ahead of the election‚" she wrote.

The Movement for Democratic Change (MDC) Alliance believes the active participation of the army in civilian life will compromise the elections to be held in July or August.

Part of the United States’ conditions for the removal of sanctions in Zimbabwe is electoral reforms‚ chief of which is the withdrawal of the army from politics.