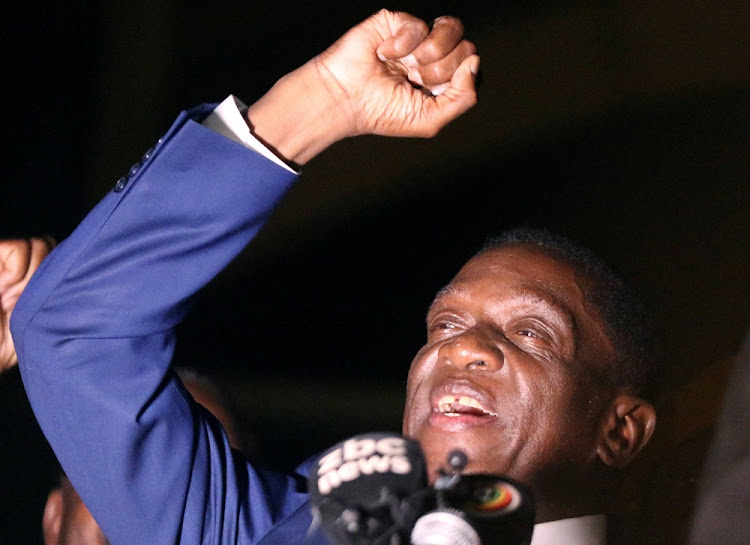 Harare - President Emmerson Mnangagwa‚ who was saved from the hangman's noose as a teenager‚ has effectively commuted death row inmates' sentences to life‚ as part of a presidential pardon to 3‚000 inmates in overcrowded Zimbabwean prisons.

"Commutation of the death sentence to life imprisonment is hereby granted to all prisoners who have been on death row for ten years and above‚" the president said.

In January 2018 there were 99 death row inmates in Zimbabwe‚ with one of them being a woman. Yvonne Musarurwa‚ a Movement for Democratic Change (MDC) activist‚ was jailed for killing a police officer‚ Inspector Peter Mutedza‚ in 2013 before that year's general elections. As part of the clemency‚ all female inmates will be released‚ including Musarurwa.

Zimbabwe last carried out an execution in 2005. Former president Robert Mugabe last year revealed that his cabinet was divided on the issue - and that Mnangagwa disagreed with him.

Diamond mining firms have been revealed by President Emmerson Mnangagwa as the biggest looters in Zimbabwe.
News
3 years ago

"We have different views on this matter even in our Cabinet and even among the three of us (presidium). Myself‚ I want them killed while (then vice-president) Mnangagwa wants leniency. (Second vice-president Phelekezela) Mphoko hasn’t divulged his thoughts on this matter‚” Mugabe said‚ before warning that he would resume executions.

Part of the reason why there have been no executions recently is that the previous hangman retired in 2006. In a country with high unemployment‚ there has been interest from both men and women for the hangman's job‚ but no one has been hired yet.

President Mnangagwa was saved from the hangman’s noose at the age of 17 by a Catholic priest‚ Father Emmanuel Ribeiro‚ during the colonial era for bombing a railway line in Masvingo in 1962.

His former boss‚ Mugabe‚ in an interview with the media last week‚ referred to how he had also helped save Mnangagwa from the gallows. He implied that by taking power with the help of the military‚ Mnangagwa was not being grateful.