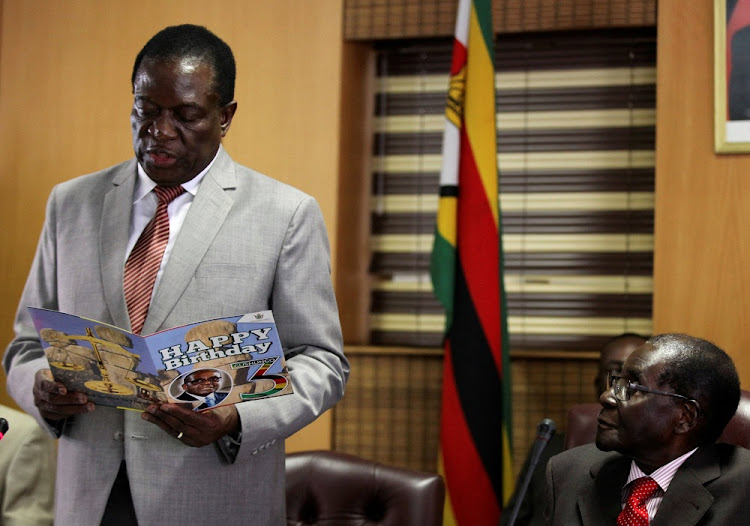 Zimbabwe's former vice president, Emmerson Mnangagwa, who is expected to be sworn in as president following the resignation of Robert Mugabe, will return home on Wednesday, a ruling party ZANU-PF official said.

Mnangagwa, whose sacking this month prompted the military takeover that forced Mugabe out, was expected to land in Zimbabwe at 1130 GMT, Larry Mavhima, an ally of the former vice president, told Reuters.

Mnangagwa, 75, who fled from Zimbabwe in fear of his safety after being sacked this month, could be sworn in as president later on Wednesday or on Thursday and is likely to lead ZANU-PF into elections next year.

Mugabe resigned as Zimbabwe's president on Tuesday, a week after the army and his former political allies moved to end four decades of rule by a man once feted as an independence hero who became feared as a despot.

The 93-year-old Mugabe had clung on for a week after an army takeover, with ZANU-PF urging him to go. He finally resigned moments after parliament began an impeachment process seen as the only legal way to force him out.

People danced in the streets of Harare and car horns blared at the news that the era of Mugabe - who had led Zimbabwe since independence in 1980 - was finally over. Some brandished posters of Mnangagwa and army chief General Constantino Chiwenga.

Speaker of parliament Jacob Mudenda is due to hold a news conference at 0830 GMT.