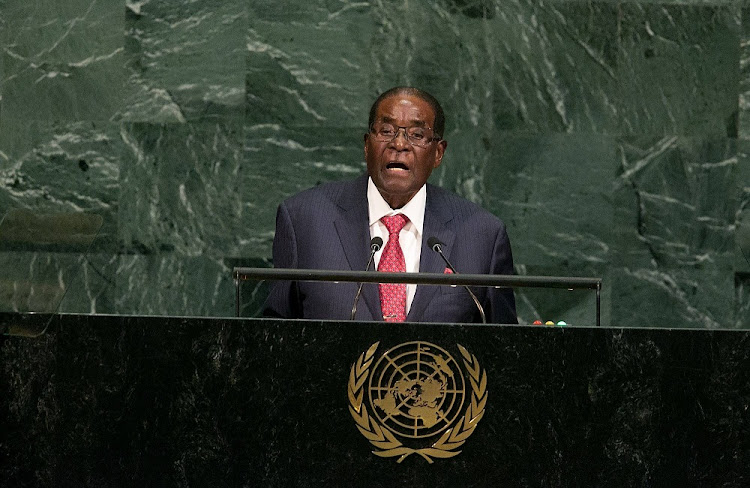 Long-time Zimbabwean ruler President Robert Mugabe tendered his resignation on Tuesday to Speaker of Parliament Jacob Mudenda‚ minutes before parliamentarians were about to vote for his impeachment.

Mugabe’s resignation marks an end to his 37-year-long rule‚ in the last days of which the strongman had his power usurped by the military‚ had street marches held against him and saw him rejected by Zanu-PF as party leader at the weekend.

It had appeared as if Mugabe would not step down from office when he appeared on state television on Sunday evening.

Parliament resumed sitting on Tuesday after a two-week break and a motion for Mugabe’s impeachment was moved by Zanu-PF senator Monica Mutsvangwa.

In the motion‚ Mutsvangwa‚ the wife of fiery war veterans leader Chris Mutsvangwa laid charges of serious misconduct against Mugabe‚ stating that failure to carry out his duties as prescribed under the country’s constitution due to ill health‚ old age and physical and mental incapacitation rendered him incapable of remaining in office.

The motion was seconded by MDC legislator James Maridadi who made an impassioned plea to legislators from Zanu-PF to vote out the aged leader.

As debate concluded over the motion and parliamentarians prepared to cast their votes‚ Justice Minister Happyton Bonyongwe approached Mudenda with a letter.

Mudenda asked for a moment to study the letter and then indicated that he had cancelled the proceedings of the joint sitting of the national assembly and the senate with an important announcement to make.

Mudenda then read out the letter, which stated: “Following my verbal communication with the speaker of the national assembly‚ at 13.53 hours‚ intimating my intention to resign as the president of the republic of Zimbabwe‚ I, Robert Gabriel Mugabe, in terms of section 96 of subsection 91 of the constitution of Zimbabwe, hereby formally tender my resignation.”

Jubilation broke out in the Harare International Conference Centre where parliamentarians had gathered‚ and the session of Parliament ended.

There were tearful scenes across the political divide, which underscored the excitement.