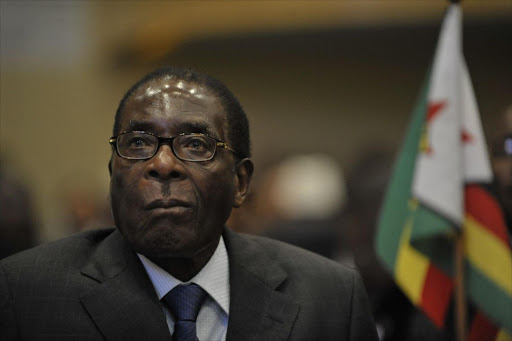 Zimbabwean President Robert Mugabe's youngest son has taken to social media to praise his father‚ claiming that the ruling party could not survive without the 93-year-old leader.

"You can't fire a revolutionary leader! Zanu-PF is nothing without President Mugabe‚" said a post on Facebook by Chatunga Bellarmine Mugabe.

You can't fire a Revolutionary leader ! Zanu Pf is nothing without President Mugabe ✊ Gushungo will always remain the...

This was posted shortly after Zanu-PF announced that it was firing his father as party leader on Sunday.

Only a handful of people responded positively to the post‚ with most – believed to be Zimbabwean nationals – suggesting the young Mugabe should ready himself for change.

"It's over young man... learn to accept it‚" wrote one Facebook user.

It was not immediately clear where the Mugabe sons are. They have spent the past few months living an apparently lavish life in Sandton‚ Johannesburg. Pictures and videos of them in expensive designer clothing and jewellery‚ as well nights of alcohol-fueled escapades in high-end nightclubs‚ have made rounds on social media.

"Gushungo will always remain the champion of champions! Proud of you Gushungo Proud of Dad. Gushungo always and forever to death... People like Wellence Mujuru celebrate and march became of jealous and ruchiva acting as if he cares for the people and unnecessary attacks [sic]‚" Chatunga's post continued‚ semi-coherently referring to the mass march in several towns and cities throughout Zimbabwe on Sunday‚ at which thousands of Zimbabweans called for an end to Mugabe’s 37-year rule.

The Mujuru he referenced is the son of former Zimbabwean vice-president‚ Joice Mujuru. Chatunga Mugabe and Mujuru have clashed before on social media.

On Sunday evening‚ President Mugabe delivered a national address on television‚ in which he was expected to announce that he was stepping down following his sacking from Zanu-PF. Instead‚ he issued a call for unity‚ and ignored any talk of his resigning from the presidency of the country.

"We all grow up in life and take up our responsibility to serve our country. We all have a responsibility to keep this country safe and guard our sovereignty. God bless all who sacrifice for our nation Zimbabwe‚" he wrote.