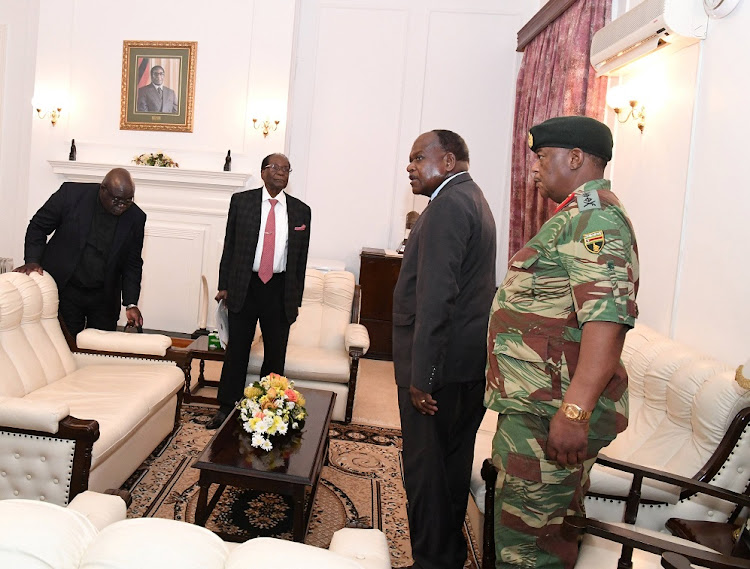 Just before Zimbabwean President Robert Mugabe made his first public address on Sunday night since the military took over‚ one of the generals who flanked him was seen removing pages from what appears to be his speech.

The man is seen taking the pages and putting them under his chair as Mugabe gets ready to make the long-awaited speech.

Mugabe appeared for the first time in public on Friday at a graduation ceremony after he was placed under house arrest.

What is happening in Zimbabwe? Did the Army Chief hid the resignation letter? As it is, #Mugabe has not resigned. pic.twitter.com/hsNuQY64Fh

While he was expected to announce that he was stepping down as president on Sunday night‚ Mugabe instead called for unity and said he would preside over the ZANU-PF congress scheduled for next month.

ZANU-PF had given the 93-year-old‚ who led his country to independence in 1980‚ less than 24 hours to quit as head of state or face impeachment‚ an attempt to secure a peaceful end to his tenure after a de facto military coup.

ZANU-PF's central committee had earlier named Emmerson Mnangagwa as its new leader. It was Mugabe's sacking of Mnangagwa as his vice-president‚ to pave the way for his wife Grace to succeed him‚ that triggered the army's intervention.