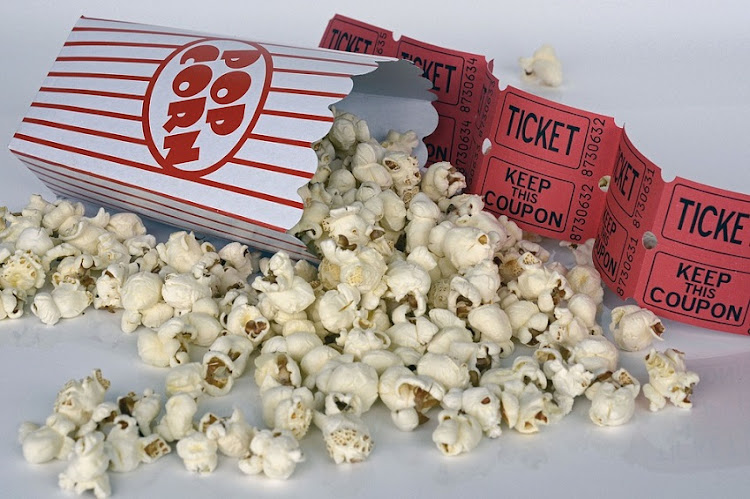 Like the plot in an old-fashioned movie, cinemas in Africa are making a third-reel comeback after years of worrying decline. In many countries south of the Sahara, digital technology, strong investment and modern theatres are bringing about a major revival of movie-going, ending years of cinema closures.

But this good news for film-lovers also comes with a drawback: the new cinema complexes tend to give precedence to Hollywood blockbusters rather than films made by African directors.

In the 1980s, a wave of cinema closures began to unfurl across the continent as rundown picture palaces were turned into auto repair shops, supermarkets, restaurants and even churches.

The survivors were a number of privately owned venues and cinemas inside international cultural centres. Today, continent-wide figures for the industry are sketchy, but cinema owners say the sector is making a comeback. It is being driven by demographic demand and digital technology that provides immediate, low-cost distribution, compared to the expensive business of printing and trucking around reels of celluloid.

“The demand is there,” says Jean-Marc Bejani, the chief executive of the Majestic chain, which has opened three cinemas in Ivory Coast’s commercial capital Abidjan in the past two years. Next year, Majestic will open three more in the coastal city’s working-class Yopougon district.

A senior manager in the oil industry, Bejani threw himself into the movie business on discovering that there were no cinemas left in Ivory Coast. The success of Majestic’s venture came fast, with 75,000 tickets sold for a single screen in 2015 and 175,000 in 2016 when all three new screens were in use.

“Before this, the movie theatres were old and technically outdated, with films being shown three months later than in Europe,” Bejani says. “I wanted high definition pictures, with 3D, comfortable seats and films coming out the same time as in France.” “I come often,” says schoolgirl Marie Benoit, standing in front of the bar selling soft drinks and popcorn inside a Majestic cinema as smart as any European multiplex. The young girl had for years lived in a city with no big screen.

Canal Olympia has applied a similar high-tech approach to its bid to conquer west and central Africa. Since 2016, this subsidiary of global entertainment group Vivendi has opened six cinemas in Cameroon, Senegal, Niger, Burkina Faso and Guinea. The group’s aim is to construct several dozen multi-role complexes in the coming years. Work is already in hand to build three new venues in Gabon and the Republic of Congo.

“A middle class is developing in Africa ... with a desire to be entertained,” says Corinne Bach, the head of Canal Olympia. “It’s a lot of work to get people used to going to the cinema, notably youngsters who have never been before,” she adds. “The first results are encouraging.” To succeed, Canal Olympia is betting on mixed programming of American, African and European films, notably the productions of the Canal+ Group, another Vivendi company playing a major role in cinema as well as television.

The new venues are intended to host concerts and popular shows, as well as being available to hire as business conference centres, to make the network economically viable. But in a number of countries, old cinemas are being upgraded or reopened, including half a dozen in the Angolan capital Luanda, the CineKin in Kinshasa, capital of the Democratic Republic of Congo, and the Normandie in Chad’s capital N’Djamena, renovated in 2011.

In Burkina Faso, the poor west African nation that proudly hosts the biennial Pan-African Festival of Cinema and Television (FESPACO), the Guimbi will soon be reborn as a full-fledged cultural centre in the second city, Bobo Dioulasso. In Dakar, a privately owned triplex is due to open, named after Senegalese film-maker Ousmane Sembene who died in 2007. The Senegalese state is paying for “four projects to renovate theatres with digital technology” around the country, according to Hugues Diaz, the culture ministry official responsible for cinema.

On the far side of the continent, in Kenya the renewal of cinema began about a decade ago. The east African nation has some 10 modern cinemas, usually located in shopping malls, in place of the small venues of yore. South Africa and Nigeria — whose thriving “Nollywood” industry made the 2016 romantic comedy hit “The Wedding Party” — are outstanding exceptions to the rule of past closures.

The rapid progress of the film-making business in the past 15 years in Nigeria has led to the opening of modern cinemas run by several different networks in the biggest towns. The 130 screens in about 30 venues raised $95 million (82 million euros) at the box-office in 2015 in Nigeria, while South African cinemas made $76 million, according to figures from PricewaterhouseCoopers.

In most countries, blockbuster movies from the United States dominate releases because they are what makes most money by public demand and “for lack of support from the state“, Bejani says.

Franco-Gabonese director Samantha Biffot bemoans the lack of African films. “The cinemas need to screen our work, because most African films are only to be seen at festivals or abroad,” she says.

FESPACO official Ardiouma Soma argues that the African taste for movies is wide, from big box-office draws to art cinema. “The African public likes African films,” Soma says, declaring that the new venues are “an opportunity to be seized“.