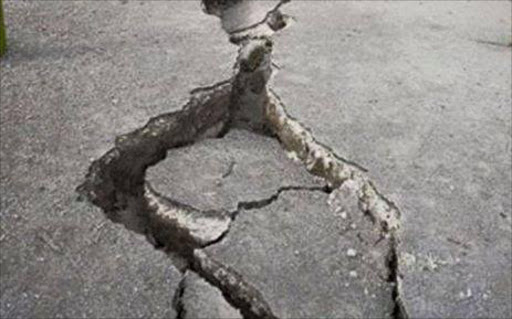 The aftershocks of a large earth tremor which struck Botswana were felt as far away as Gauteng last night.

The earth tremor, which was initially measured at between 6.3 and 6.5 on the Richter Scale, struck just before 8pm, about 250km away from the capital Gaborone.

It was felt across Limpopo, Mpumalanga, North West and large parts of Gauteng, shaking buildings. Suburbs in Johannesburg where the tremor was felt included Illovo, Rosebank, Centurion, Roodepoort, Boksburg and Pretoria.

TMG Digital reported that an earth tremor measuring 4.6 on the Richter Scale had occurred earlier in the day in Krugersdorp on the West Rand in the mining town of Stilfontein. That epicentre was 2km underground.

Ian Saunders, a seismologist at the Council for Geoscience, said last night's quake was a "serious" one.

"That is a big magnitude. We are currently assembling teams to be dispatched to Botswana. There are already teams heading to the earthquake zone from earlier in the day," Saunders said.

He said at this stage it was unknown if it was linked to the one in Klerksdorp. "We are currently awaiting reports of damage, injuries and possibly deaths."

What should you do during an earthquake?

l Try and stay where you are. Use large and sturdy objects such as a big desk to crawl under. If you are in a building, try and stand with your back against the wall near the centre of the building. Stay away from windows and outside doors.

l Should you be outside at the time of an earthquake, ensure you are clear from power cables or anything overhead that might fall on you. Do not stand near a building, debris might fall on top of you.

What should you do after an earthquake?

l Establish if you or anyone around you sustained any injuries. If you can provide first aid, proceed to do so.

l If the building you are in sustained structural damage, even if you are unsure, evacuated calmly and quickly.

l Do not enter any damaged buildings. - TMG Digital