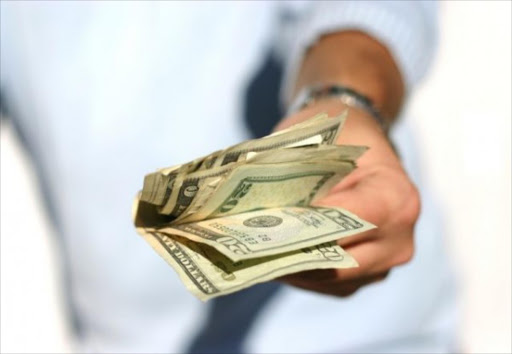 Aid workers in South Sudan should be exempt from a 100-fold hike in work permit fees so they can respond to famine in the country, the United Nations said as humanitarian agencies struggle to reach those in need amid fighting and looting.

The world's youngest nation, which relies on international aid to feed a third of its people, increased fees for foreign "professionals" to $10,000 on March 1.

"We are deeply concerned," Guiomar Pau Sole, a spokeswoman for the U.N. Office for the Coordination of Humanitarian Affairs (OCHA) said on Monday.

"If applied to humanitarian organisations, (it) could mean that generously donated taxpayer money is diverted from the delivery of aid to people in dire need at a particularly critical time."

The U.N. is working with the government to request an exemption from the order for aid agencies, she said.

The U.N. declared last month that parts of South Sudan are experiencing famine, the first time the world has faced such a catastrophe in six years.

Some 5.5 million people, nearly half the population, will not have a reliable source of food by July.

The world's youngest nation has been mired in civil war since 2013, when President Salva Kiir fired his deputy Riek Machar, sparking a conflict that has increasingly split the country along ethnic lines.

Critics have said the work permit fee increase is aimed at reducing the number of humanitarian workers in South Sudan.

"It is just an issue of national policy and will not affect (aid agency) operations or their access to areas in need of aid."

South Sudan increased the fees to match other members of the East African Community, which it joined last year, he said.

Neighbouring East African states charge up to $5,000 for a work permit, according to government websites.

Festus Mogae, a former president of Botswana heading the international commission monitoring South Sudan's peace deals, will ask the government to reverse its decision on Wednesday in a speech to government representatives, the U.N. and donors.

"These measures are no doubt aimed at increasing non-oil revenues in foreign currency."

The currency has plunged and government income has been slashed as conflict has destroyed oil facilities and cut output to less than half its pre-war level of 245,000 barrels per day.

The fee hike will also hinder South Sudan's development by reducing foreign investment and the transfer of skills, Mogae said.

Six years after independence, South Sudan's economy is in ruins and inflation is above 800 percent.

Aid workers have been unable to reach tens of thousands in need for months due to clashes, denial of access at checkpoints and looting of humanitarian compounds, OCHA said on Friday.

More than 100,000 South Sudanese are experiencing famine, with a further one million on the brink of starvation, it said.

Rebels kidnapped eight locals working for a U.S. charity from a village near Mayendit on Monday, demanding aid deliveries as ransom.