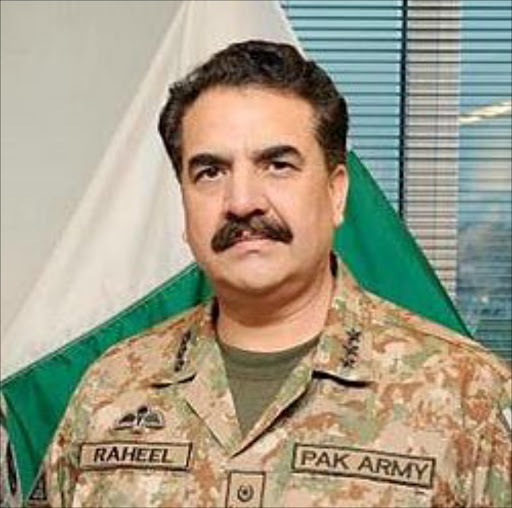 Pakistan's outgoing army chief issued a stern warning to India over violence in the disputed region of Kashmir yesterday as he handed over command, saying patience should not be mistaken for weakness.

Tension between the nuclear-armed neighbours has ratcheted up in recent months, leading to almost daily cross-border shelling at the Line of Control that acts as a de facto frontier dividing Indian and Pakistani-administered Kashmir.

Dozens of people, including soldiers and civilians, have been killed on either side of the border in artillery and small arms fire. Both sides accuse each other of instigating the shelling.

"I want to make it clear to India, that taking our policy of patience (in Kashmir) as a sign of any kind of weakness will prove to be dangerous to it," said General Raheel Sharif, who handed over the reins to General Qamar Javed Bajwa at a ceremony full of military pomp.

"Unfortunately in recent months, the rising state terrorism in (Indian-administered) Kashmir and India's aggressive steps have put regional peace at risk," added Sharif, who many viewed as the most powerful man in Pakistan in his role as army chief.

Both India and Pakistan claim Kashmir in full, but have ruled it in part since partition and independence from the British in 1947.

In September, India blamed Pakistan for supporting a militant raid on an army base that killed at least 19 soldiers in Indian Kashmir.

India's military then said it launched "surgical strikes" across the Line of Control.

Pakistan denies involvement in the army base attack in September, and also disputes that any Indian incursion onto its territory occurred, saying it's an effort by New Delhi to divert attention from rights abuses in Kashmir.

Bajwa, who once commanded the Pakistani military corps deployed on the Line of Control, will be seeking to address the conflict with India, as well as manage Pakistan's ongoing fight against Islamist militants in the tribal areas bordering Afghanistan and elsewhere.

He was appointed on Saturday by Prime Minister Nawaz Sharif - no relation to General Sharif.