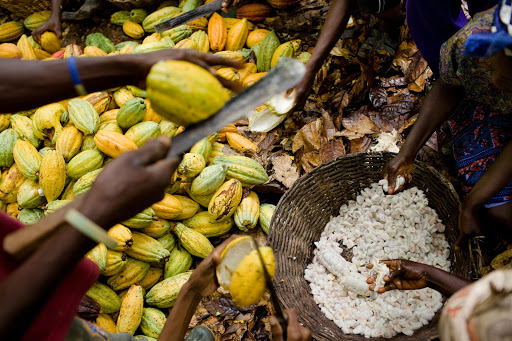 Alternating spells of rainfall and sunshine last week in most of Ivory Coast's principal cocoa growing regions combined with growing concern over disease outbreak to suggest mixed prospects for the main crop, farmers said on Monday.

The marketing of the October-to-March main crop started in late September in the world's top cocoa producer with the government increasing the minimum farmgate price to 1,100 CFA francs ($1.87) per kilogramme.

Farmers said harvesting of pods was underway with deliveries expected to pick up gradually through early November but they were concerned about drying and storage conditions due to intense humidity.

In the western region of Soubre, at the heart of the cocoa belt, an analyst reported 117 millimetres of rains, compared with 73 mm the previous week.

"It's too much. But there was a lot of sun, so we hope that will help the main crop to be abundant," said Kouassi Kouame, who farms on the outskirts of Soubre.

"The drying (of beans) is slow and difficult because there is too much humidity," he added.

In the centre-western region of Daloa, which accounts for a quarter of Ivory Coast's output, farmers reported abundant rains and said too little sun was causing disease.

"The absence of sufficient sun means that the pods are rotting on the trees on certain plantations," farmer Albert N'Zue said. He added, however, that the scale of blight was not yet alarming.

"There are harvests everywhere. By the end of this month, large amounts of high-quality beans are going to leave the farm," N'Zue said.

Similar growing conditions were reported in the southern regions of Aboisso and Agboville.

However, in the western region of Duekoue, farmers were optimistic in spite of the wet weather.

"We had lots of sunshine, which has made the quality of the cocoa good," said Amara Kone, who farms on the outskirts of Duekoue.

"The soil has been very humid the last two months. If the dry season is not as long as last season, we will have lots of pods to cut until next year," Kone added.