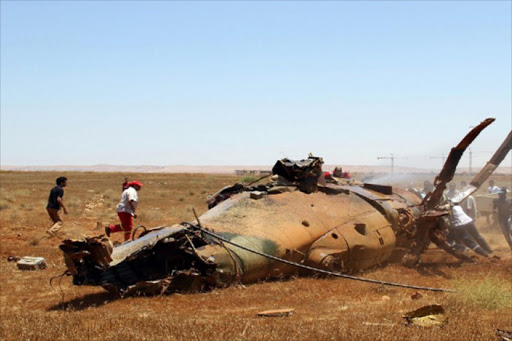 Among those killed was Colonel Idris Younes, an adviser to the head of Libya's eastern parliament, the source said, adding that two passengers survived.

He said the crash occurred about 65 km (40 miles) from Tobruk, where the eastern parliament is based. The cause of the crash was not clear.

The parliament moved to the east in 2014 after rival factions seized control of the capital, Tripoli, setting up parallel institutions.

A U.N.-backed government is now trying to establish itself from Tripoli, but it has failed to win endorsement from the east.