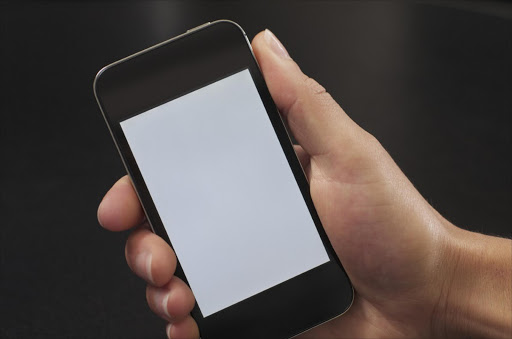 Walking through his dry millet field, Alioune Djaby, chief of Sikilo village, waits for a sign that rainfall is coming.

Normally, he would look for clouds in the sky or birds singing. This time though, he's expecting a text message from the National Agency of Civil Aviation and Meteorology.

Senegalese farmers have long relied on traditional weather indicators, such as trees blooming or where birds set their nests, to manage their crops. But those have become unreliable as a result of increasingly variable weather patterns in the region.

"The overall amount of rainfall has decreased in the past decades, as the rainy season starts later and lasts for a shorter amount of time," said Ousmane Ndiaye, a meteorologist and researcher at the national meteorological agency.

In 2015 for example, the monsoon was expected in mid-May in southern Senegal but started three months late, in August.

That has huge implications for the country's agriculture, which relies on sugar cane, millet, groundnuts, paddy rice and maize. According to the U.N. Food and Agriculture Organization, millet production in Senegal declined by 38 percent between 2012 and 2014.

To remedy this, the meteorological agency launched a free weather information service via text message with the CGIAR Research Programme on Climate Change, Agriculture and Food Security last August, after testing it with a group of 33 farmers for five years.

Weather updates are sent by text in French to farmers who have volunteered for the pilot programme in seven regions across the country. They relay the information to fellow farmers in local languages, as needed.

Extreme weather incidents like heavy rainfall or windstorms will trigger a text message such as "Forecast: heavy rain expected in Kaffrine in two hours."

The project is also underway in Mali, Burkina Faso, Niger and Ghana - all particularly vulnerable to climate extremes.

'WALKING WITHOUT SEEING THE PATH'

Djaby and fellow farmers says they use the updates to make more informed farming decisions.

To test the service's effectiveness, Mariama Keita, a farmer who cultivates millet and groundnuts, allocated two hectares of her land to millet and peanuts for a comparative study.

She farmed half of each hectare using only climate information sent by text messages, and cultivated the other half using traditional weather indicators.

In 2015, the plot farmed using information received by text yielded 1,500kg of groundnuts more than the one farmed using traditional methods. She has now adopted the newer method on the rest of her land.

"We now see that traditional ways of predicting the weather just don't work," said Keita. "With climate updates I know that if it rains tomorrow I can save my fertiliser for another day."

Djaby concurs. "When cultivating, if you don't have the right information then you're walking without seeing the path," he said.

To broaden the weather service's reach, the meteorological agency partners with the National Community Radio Network - made up of 96 stations which farmers can also listen to on their phones - to broadcast weather information in French as well as local languages.

The meteorological agency sends daily weather forecasts - including marine forecasts for fishermen - to the radio stations and trains the presenters on how to interpret the information.

As of last August, 916 village chiefs and farmers had signed up to the weather text service which, with the addition of local radio stations, had a combined potential reach of at least 7 million people across Senegal - more than half the population.

"We've seen a lot of lives and livelihoods lost in the fishing and farming industries because of adverse weather conditions and poor planning," said Tala Dieng, president of the radio network. "This service helps reduce their losses."