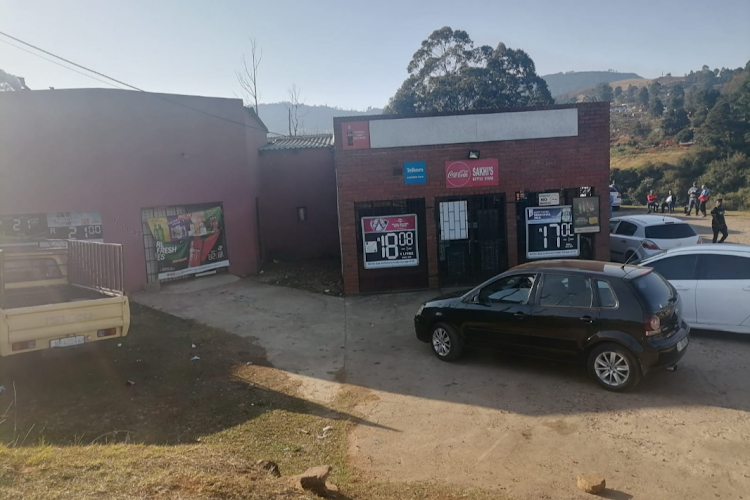 Sakhi's tavern in Sweetwaters, Pietermaritzburg, where four people died during a shooting at the weekend.
Image: Mfundo Mkhize

Two suspects held in connection with the shooting at a tavern in Sweetwaters, Pietermaritzburg, on Saturday night, in which four people died, have been released.

Two men are alleged to have entered Sakhi's tavern and opened fire on patrons, hitting at least 12 people. Two died at the scene and two died later.

A police source close to the investigation, who spoke to SowetanLIVE's sister publication TimesLIVE on Wednesday, said charges were withdrawn as there was not enough evidence to warrant them being kept in custody.

“There are many leads we are following and I can assure you there will be arrests made.”

Lt-Col Nqobile Gwala confirmed their release, saying the men had first been held for questioning and later released.

It is understood the pair, who were taken in on Monday, were spotted leaving the tavern shortly after the shootings.

The spate of shootings in taverns in Soweto, Katlehong and Pietermaritzburg at the weekend do not appear to have been co-ordinated, police minister ...
News
1 month ago

He said police were able to locate the vehicle used in the crime and more arrests were imminent.

Meanwhile, the KwaZulu-Natal Liquor Authority said it would soon make public the findings of an investigation to determine whether there were breaches of the liquor licence conditions.

Acting CEO Bheki Mbanjwa visited the tavern after the shooting on Sunday accompanied by the compliance and enforcement team. He said one of the licence requirements was to ensure security for patrons.

Police minister Bheki Cele says an 11-member detective team is investigating the murders at a Soweto tavern.
News
1 month ago

At least three people, including an 18-year-old pupil died when unknown men randomly shot at them while they were drinking near a tavern in Mathole ...
News
1 month ago
Next Article