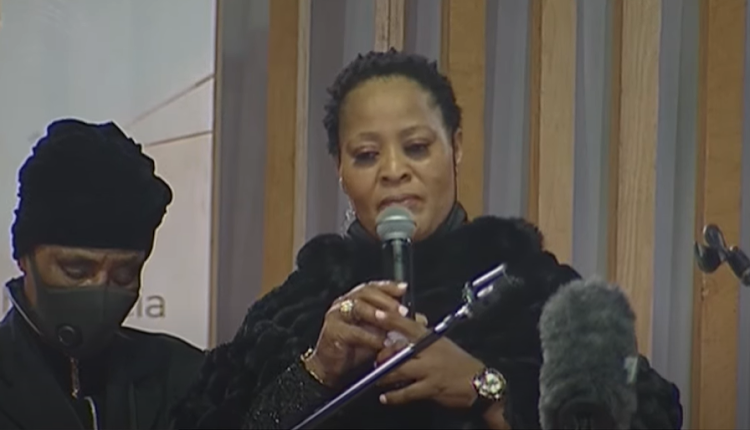 Deborah Fraser’s sister Lorna has paid an emotional tribute to the late gospel star, telling mourners at her funeral service that she prayed for her sister's recovery.

Speaking at the Station Venue in Durban on Saturday morning, Lorna said the star loved her family.

“She had so much love. She loved our children. She would never walk in empty-handed when she came to see the grandkids. We lived with her and rejoiced.

“Some of our siblings are gone. There were 10 of us and now only two are left.”

Lorna said she went to live with Deborah last year after the star fell ill. Deborah recovered but fell ill again on the way to a gig earlier this year and was hospitalised.

“Even when she was sick last year, I went to live with her in Joburg until she got better and then I came back home. When she got sick again I prayed that she will be better and she would live. When the children told me she suffered a stroke, I always prayed and thought she would get better.

“She came home and I lived with her and I prayed for not to give up, she will get better, but it was for the last time.”

“I got to the hospital and I prayed and spoke life into her, and told her she can’t leave me alone with the children. She opened her eyes and looked at me. I told her we still needed her, her children needed her, she can’t give up like that. She just looked at me because she couldn’t speak.

“When I arrived in the hospital again, I found her on oxygen and I prayed over her so hard that the whole of Bara stood still. I told her I would guard her children, they won’t suffer,” Lorna said.

She said her sister would always encourage and console her.

“I told God it’s enough now. I'm so young but I have so much on my shoulders. I miss her because I would call her and tell her that this is too much. I know she would tell me the Lord knows.”

Lorna said heaven is now rejoicing because her sister had arrived.

“God had blessed her to heal the world. Her music was so that the world would live. It is well. Go well, my sister. I’m going to always expect you to walk and say: 'I’ve arrived.'

“I promise to be with your children no matter what, until I die.”