Eskom confirms breakdowns at Tutuka plant were a result of sabotage 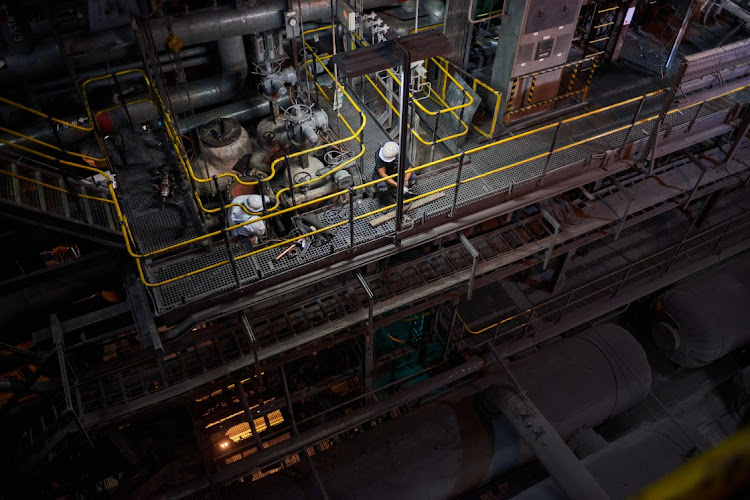 Eskom on Thursday confirmed that its own workers were likely behind the breakdowns at the Tutuka plant in Mpumalanga.
Image: Waldo Swiegers/Bloomberg

Eskom on Thursday confirmed that sabotage, most likely by its own employees, was behind the breakdowns at the Tutuka power station in Mpumalanga this week.

“Eskom can confirm an incident in which a cable was severed at the Tutuka power station this week while the power station was finalising preparations to return unit 5 to service. The damage to the cable had the effect of delaying the unit’s return to service by three days as it took some time to locate the fault.

Eskom said it tried to repair the damage by welding the pipe back on and the system charged with control air before being normalised.

The affected unit was expected to return to service later on Thursday.

“Eskom believes these were deliberate acts of sabotage by someone who had access to the site where only employees have access and knows the security features in the area quite well. Eskom has laid criminal charges with the police and its forensic team is assisting with the investigation.”

The power utility said this was fifth incident of sabotage since March 2021.

All have been reported to the police.

“As previously communicated, Eskom has employed measures to improve security at all its power stations in general and Tutuka power station in particular, where additional security personnel and smart technology have been introduced. While these measures have significantly improved security at Tutuka, including a reduction in cable theft incidents, it is to be noted that incidents such as this one serve as an opportunity to apply further improvements to securing the facility and the supply of electricity.”