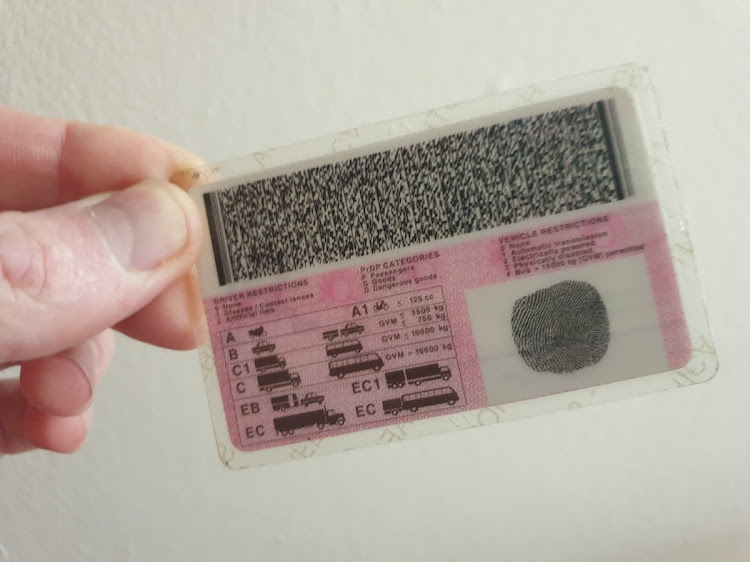 AfriForum says it is filing court papers to challenge the requirement that driving licence cards must be renewed every five years.
Image: Denis Droppa

AfriForum said on Thursday it was filing court papers to review and set aside the requirement that driving licence cards must be renewed every five years.

“AfriForum demands a declaratory order that the National Road Traffic Act regulations, to the extent that it limits the renewal period for driving licence cards to five years, are (beyond the legal power), unreasonable, arbitrary and vague.

“The application further seeks a declaratory order that motorists cannot by law be penalised or fined for not being in possession of a renewed driving licence card as no such penalty exists,” AfriForum said in a statement

It said substantial legal grounds exist for its application to succeed.

“It neither explicitly states that motorists must apply for new licence cards upon expiry. It does not even state that it is a crime to drive with an expired licence card - nor does it prescribe any fines, penalties or sanctions.”

AfriForum said the legislation was not clear, concise or internally harmonious enough to enable the general public to know with a degree of certainty what is expected of them.

“Furthermore, the legislation is ultra vires. In other words, the government cannot punish members of the public if it cannot clearly show what law is being transgressed. Any such punishment amounts to a violation of rights,” said Reiner Duvenage, campaign officer for strategy and content at AfriForum.