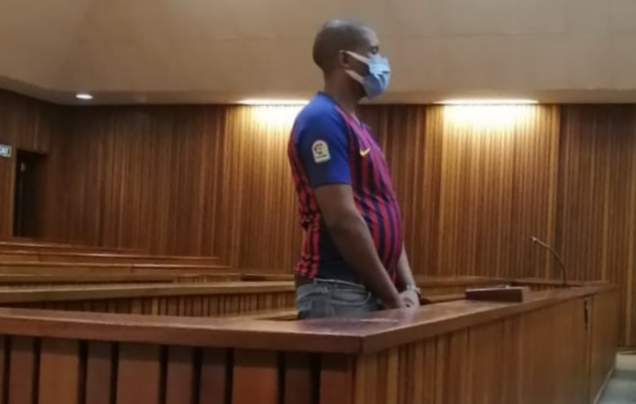 Tshitso Mothesele, 36, from Khutsong, was on Friday sentenced to eight life terms and 195 years in prison after being found guilty of 16 counts of rape, eight counts of robbery with aggravating circumstances and kidnapping.
Image: Supplied / NPA

A serial rapist from Khutsong near Carletonville, who was nabbed after the phone he had taken from one of his victims and sold to another person was traced back to him, was sentenced to eight life terms plus an additional 195 years behind bars.

Tshitso Mothesele, 36, was sentenced in the high court in Pretoria on Friday after being found guilty of 15 counts of rape, eight counts of robbery with aggravating circumstances and kidnapping.

Mothesele had raped females between 2017 and 2018 in and around Carletonville. The National Prosecuting Authority said Mothesele's modus operandi was always the same: he would target his victims when they got off public transport, drag them into a veld, rape them and rob them of their belongings.

Six of his victims were minors —  the youngest being 11.

“Mothesele was arrested on December 15 2018 when a phone he stole from one of the victims was traced to a lady in Khutsong, which was sold to her by Mothesele,” said NPA spokesperson Lumka Mahanjana.

“When one of the victims testified in court, she said the ordeal affected her marriage, as her husband even makes abusive remarks about the incident.

“One of the victims said she failed at school due to the incident, while another became addicted to drugs because she used them to cope, but later got rehabilitated.”

An investigative psychologist had told the court that there was no chance of rehabilitation for Mothesele, adding he had shown no remorse for his crimes and had used violence during the attacks. She said Mothesele was a threat to society.

It was also revealed in court that Mothesele was not a first-time offender, having being sentenced for another crime in 2013.

Mothesele's name was added to the sexual offenders registry and he was declared unfit to possess a firearm.

The NPA welcomed the sentence.

Tshwane serial rapist started reign of terror as a teen

A convicted serial rapist that terrorised Mabopane and Winterveld areas, north of Pretoria between 2016 and 2018 will know his sentence next month as ...
News
2 months ago

A teenager who police believe could be SA’s youngest convicted serial rapist has been sentenced to 30 years in prison for targeting young boys in ...
News
2 months ago

Murderer caught after returning to 'hunting ground' gets life sentence

A Western Cape rapist and murderer who was caught after he returned to the bar where he met his victim was on Tuesday sentenced to a life term plus ...
News
3 months ago
Next Article