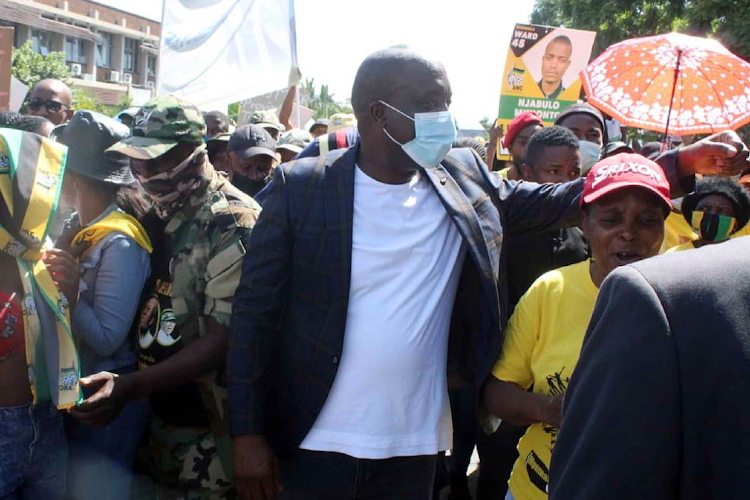 Murder-accused Mpumalanga politician Mandla Msibi will be allowed to contest for a leadership position at the ANC's provincial congress this weekend despite the party's “step aside” rule.

This was confirmed by ANC NEC member Dakota Legoete during an impromptu media conference at the conference venue in Mbombela.

Msibi faces charges of murder and attempted murder stemming from a shooting incident at a Mbombela chisanyama in August last year in which two people died.

Msibi was removed from his position as agriculture MEC shortly after he was charged by the NPA last year.

However, ANC politicians and structures in Mpumalanga have lobbied for him to contest the provincial treasurer position at the conference that started on Friday.

Legoete said a precedent was set at a regional conference in KwaZulu-Natal where a member who had stepped aside accepted nomination through a letter.

“The issue of step aside of Mandla Msibi and others who have been charged, we do have a precedent of eMalahleni region in KZN where a regional chair forwarded a letter before conference for his availability [and] conference elected that particular regional chair.”

They were leaving the procedure on how Msibi will accept his nomination to the province, he said.

The ANC in Mpumalanga was adamant that the delayed start of the conference was not because of a court interdict being heard in the North Gauteng High Court.

Two ANC members have gone to court in an attempt to halt the conference. They want the court to declare unlawful the decision of the ANC's national working committee to dissolve the previous provincial executive committee, among other things. They argue that the NWC had no powers to take such a decision.

The congress, scheduled to start at 10am, started after a four-hour delay.

Legoete and provincial spokesperson Sasekani Manzini said it was going ahead despite the court challenge.

Manzini said the delay was caused by a new process of registering voting delegates. This was a new system aimed at ensuring that proper credentials were captured and could not be tampered with.

“We are using the new system. Previously when you came here you just collected your tag, sign and go. Now you must scan, you must sign and that ... [is] a long process.

“We are piloting this kind of registration [process] in Mpumalanga, that also caused some delays.”

Former Mpumalanga agriculture MEC Mandla Msibi has been nominated for ANC provincial treasurer by the ANC Women's League task team in the province.
News
4 months ago

The state's double murder case against fired Mpumalanga MEC for agriculture Mandla Msibi and others has been dealt a blow after two key witnesses ...
News
5 months ago
Next Article