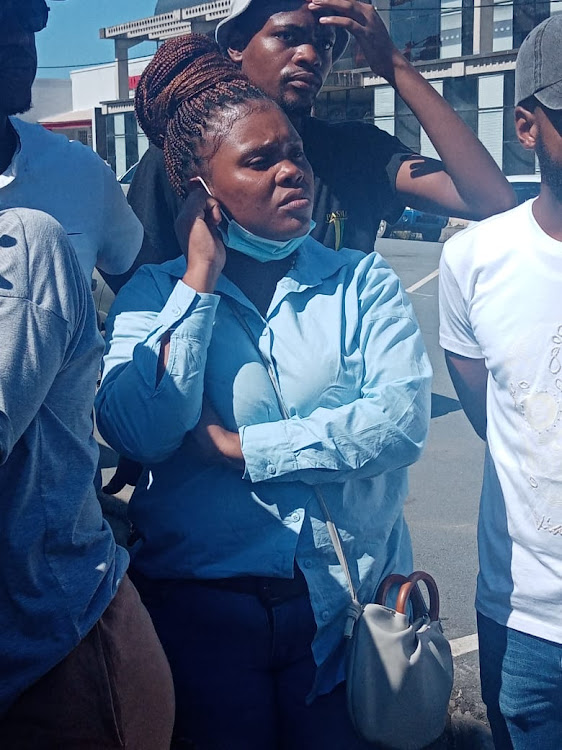 The attorney for a convicted Walter Sisulu University student made an impassioned plea for his client to be given a suspended sentence.

Mani, 31, a mother of two, was convicted of theft of nearly R1m deposited in her student account by Intellimali, a service provider for  the National Student Financial Aid Scheme (NSFAS).

More than R14m was deposited into her account in 2017, instead of the R1,400 she was entitled to as a beneficiary.

Within two hours of the money being deposited on June 1, she spent more than R20,000, and went on to splurge more than R800,000 until her account was blocked on August 14.

Pakade said Mani had suffered “mentally and otherwise” since the incident.

He said Mani had been raised by her grandmother and carried the hopes of a poor family.

Reports by a social worker and probation officer were admitted.

“Her attitude is that she is a go-getter, a very committed person, and to a greater extent a principled one, forgetting what brought us here today,” Pakade said.

“Apart from this case, the accused does not have a pending case. That shows her commitment to the rule of law.”

He admitted the offence was serious.

“One may say it was poor judgment on the part of the accused. Ordinarily, the accused is a law-abiding citizen. She regrets the events that unfolded after the error took place.”

Advocate Jacques Cilliers for the state said the offence was” extremely serious” and a matter of public money theft. He said what was aggravating was that Mani embarked on a lavish spending spree.

“She was well aware every time she spent, showing the lavish intent she had. She abused the position she had with the university and NSFAS. What she did was not a spur-of-the-moment thing, it was premeditated,” Cilliers said.

The court was packed with Walter Sisulu University Pan Africanist Student Movement of Azania members, while others sang outside the court in support of Mani.

The erroneous payment was made by Intellimali, an independent service provider responsible for the disbursement of funds at the university.
News
4 months ago

Sibongile Mani, who splurged nearly a million rand in National Student Financial Aid Scheme funds erroneously paid into her account, has been ...
News
4 months ago
Next Article