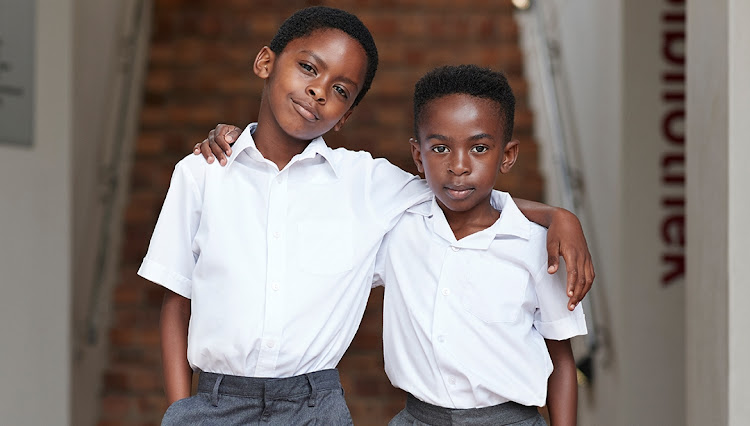 Schooling is one of the strategic priorities of the Standard Bank Tutuwa Community Foundation.
Image: Supplied/Standard Bank

The Standard Bank Tutuwa Community Foundation aims to uplift SA’s marginalised communities by investing in young people from their earliest years to their schooling and post-schooling years. In doing so, it is helping to contribute to the country’s economic development and alleviate poverty.

Schooling is one of the strategic priorities of the foundation, which was formed in 2016 as part of Standard Bank’s BEE transaction. As such, it gives sponsored learners access to quality education and skills development, which they might otherwise not have had.

“The core of why we exist is to collaborate with other funders and the government to crowd-in significant investments into educational models that influence systemic change in our educational system, so no young person is left behind and denied quality education in SA,” says Phumla Hobe-Yabo, the foundation’s head of programmes and operations.

This is something that Aphiwe Mbokazi, who is a beneficiary of the foundation’s Columba value-based leadership programme, believes is important because “even though the government spends on education, it is not effective because of education inequality and poor learning outcomes”.

“Access to quality education is an issue and many South Africans are not in the system because they don’t have access to funding. We need an education system that produces skills and teaches learners how to think out of the box,” she says.

Mbokazi, who was selected for the leadership programme in grade 9, says “it helped me to integrate a clear vision of where I wanted to be”. As a result of her participation, she’s formed a non-profit organisation aimed at creating a sense of love, belonging and happiness among SA’s youth.

Alicia Khumalo, who received a high school scholarship through the foundation, agrees that education inequality presents a huge hurdle. She says the Covid-19 pandemic perpetuated the economic challenges the country was already facing and this resulted in even fewer scholarship opportunities.

Despite growing up in an environment where there was little awareness about scholarships, Khumalo excelled academically and, with the guidance of a teacher, was made aware of the foundation’s high school scholarship programme.

“I was really proud of myself for breaking the cycle of [lack of access to] prestigious education in my family,” she says.

This is something that’s offered by the Nine Tenths mentoring programme, supported by the foundation, in which senior Rhodes University students volunteer to mentor matric learners.

“It’s crucial for people to have support. You need someone who is in your corner, who is open to walking with you through the trials and tribulations of whatever you are going through,” says Entle Mapapu, who was selected for the programme based on his grade 11 results.

“My life has changed since joining the programme. It gave me a sense of direction. It has given me a platform which enabled me to perform at the best level that I could.”

My life has changed since joining the Rhodes Nine Tenths mentoring programme. It gave me a sense of direction

Hlengiwe Mlambo, a Nine Tenths mentor, says: “We need to invest in knowledge value as opposed to ticking boxes. We need to cultivate a culture that invests in quality graduates and scholars as opposed to quantity.”

“In being a mentor, I have learnt to see past people’s names, their academic grades, what they look like and their families. It helps to see an integrated person and how much value they have. This has really opened my eyes to the inequality in education.”

Mbokazi, Khumalo, Mapapu and Mlambo are proof that the foundation is helping to change the lives of SA’s youth though its innovative programmes and the educational initiatives it supports.

“We listen to the views of our beneficiaries and young people in general to craft solutions that position their lived experiences at the heart of our strategic imperatives. Their calls for an efficient and inclusive educational system are heard,’’ says Hobe-Yabo.

This article was paid for by Standard Bank.