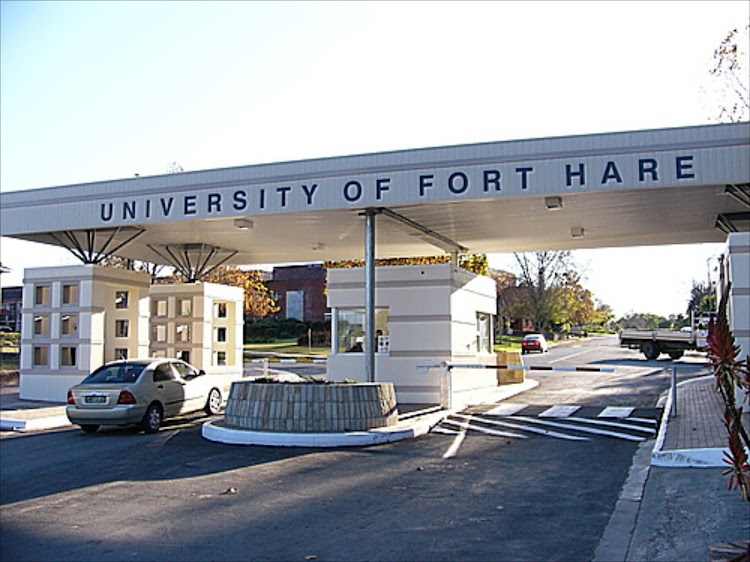 The Hawks have arrested three family members after a company contracted to the University of Fort Hare allegedly defrauded the institution of R13.9m.
Image: Rod Bally

Three family members are facing fraud charges for allegedly cheating Fort Hare University in the Eastern Cape out of R13.9m.

Hawks spokesperson Capt Yolisa Mgolodela said Qusheka-Songca is the sole signatory of Qush Cleaning and Garden Services, which was awarded a cleaning contract at the university in 2013.

Mgolodela said Walter is in charge of the affairs of the company while Vuyokazi is an employee.

“Between August 12 2016 and March 26 2018, the company is alleged to have submitted quotations and invoices to the university for such additional services. The additional services were allegedly either procured in a fraudulent manner or never rendered at all.

“It is further alleged that during the said period more than R4.1m was paid by the company to bank accounts designated by an employee at Fort Hare,” said Mgolodela.

Qusheka-Songca and Walter were released on R5,000 bail. Vuyokazi was released on a warning.

The case was remanded to April 14.

The individuals or companies are not allowed to do business with the state in any capacity.
News
5 months ago

In his 2018 state of the nation address, President Cyril Ramaphosa said the time had come to conduct lifestyle audits on all “people who occupy ...
News
5 months ago

The Special Investigating Unit raided the offices of the National Lotteries Commission in Kimberley on Thursday to seize documents, laptops and ...
News
5 months ago
Next Article