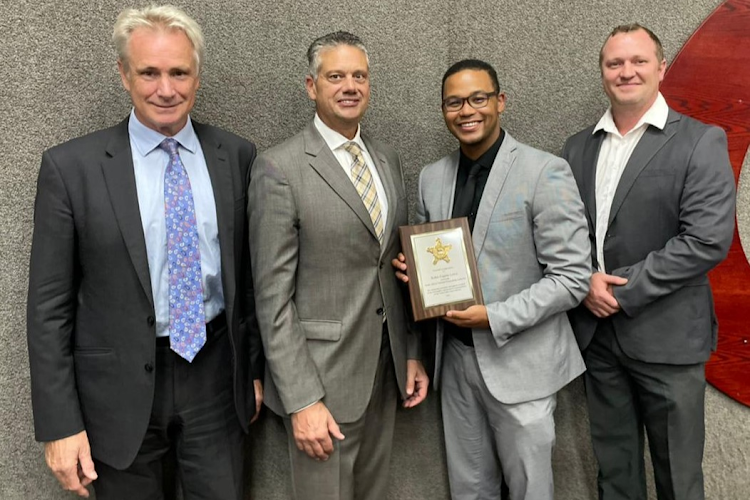 A Cape Town prosecutor has been awarded a medal by the US Secret Service for his work on a case involving members of the Black Axe syndicate charged with defrauding women in an online romance scam.

Advocate Robin Lewis was one of the prosecutors who successfully opposed bail for eight men accused of defrauding the women of almost $7m (R103m) by pretending to be wealthy Americans.

Lewis and advocate Lenro Badenhorst also defeated the men's attempt to stall their extradition to the US in a technical challenge about the authenticity of papers submitted to court. The extradition hearing is due to resume on March 30.

After receiving the medal, Lewis said: “I was awarded by the US Secret Service for the work I have done on the Black Axe case. The matter is ongoing, they wanted to thank me and other officials mentioned for the work we have done thus far.”

Western Cape director of public prosecutions Nicolette Bell said the award was a recognition of the hard work put into the case by Lewis and other partners.

Lawyers for the eight alleged members of Nigerian organised crime syndicate Black Axe are trying to get their clients bail, arguing that their ...
News
9 months ago