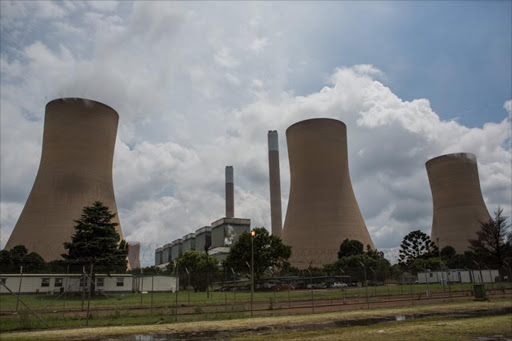 A case launched by two organisations to force the government to ensure there is better air quality on the Mpumalanga highveld ended on Friday with a ruling in favour of the activists. File photo.
Image: Simphiwe Nkwali

A legal battle, referred to as the “deadly air” case, in which environmental justice organisations took the government to court for violating their constitutional right to clean air, has finally been decided in the community's favour.

The ruling will compel the government and coal industry to deal with the devastating health effects of air pollution and accelerate the transition to a low-carbon economy.

In a judgment filed on Friday in the high court in Pretoria, judge Colleen Collis found that the “high priority area” — the region worst affected by air pollution — was in breach of residents’ constitutional right to an environment that is not harmful to their health and wellbeing.

She ordered that environmental affairs minister Barbara Creecy had a legal duty to implement and enforce the Highveld Priority Area (HPA) Air Quality Management Plan. She said there had been many “unreasonable” delays in enforcing the plan and directed the minister to prepare, initiate, and prescribe regulations laid out and then implement and enforce the plan within 12 months of this order.

She also found there was a need for enhanced monitoring of atmospheric emissions in the HPA to ensure the collection of verified, reliable data and that real-time emissions data be made publicly available online and on request.

Standard Bank has ruled out funding all new coal-fired power plants and most oil-fired plants as part of plans to reach net zero-emissions by 2050, ...
Business
3 months ago

There was a need, she said, for a comprehensive air quality compliance monitoring and enforcement strategy and a programme to take action against non-compliant facilities in the HPA.

She ordered that all relevant national departments, municipalities, provincial departments and MECs participate in the process and co-operate in the implementation and enforcement of the Highveld Plan.

Collis said adequate financial support, resources and human resource capacity must be made available to address the pollution issue.

“The costs of this application, including the costs of three counsel, are to be paid, jointly and severally, by the first and second respondents,” the judge said.

Activists from the groundWork Trust and Vukani Environmental Movement (VEM), represented by the Centre for Environmental Rights, had approached the court for help in 2019. They wanted to stop the high pollution levels in the Highveld Priority Area which was formally declared a pollution hotspot in terms of the National Air Quality Act in 2007.

To support their case, the organisations referred to a 2017 research study commissioned by groundWork, that estimated 2,239 human deaths per year, as well as more than 9,500 cases of bronchitis among children aged between six and 12, could be attributable to coal-related air pollution in SA.

In her answering affidavit, Creecy, the first respondent, did not dispute there is ongoing air pollution, and that the national ambient air quality standards are exceeded in several hotspots in the HPA.

In an application to postpone the implementation of its compliance with pollution standards for five of its coal-fired power stations, Eskom said: “If implemented, the decision will result in an immediate shutting down of 16,000MW of installed coal-fired capacity.”

It said it could not afford the R300bn it would cost to clean up its power stations to bring them in line with minimum emissions standards (MES) while not adding any extra capacity to the grid. The result of reducing power generating capacity, it said, would be more load-shedding.

Eskom has not yet commented on the judgment.

Until we can cut the red tape and make transacting seamless, we are going to struggle to stimulate intra-African trade unless we can modernise ...
Opinion
3 months ago

Police arrested a scrap metal dealer and confiscated 120kg of copper at his premises in Makhanda in the Eastern Cape on Monday.
News
3 months ago
Next Article